A Multimedia Fitting Tool for a Patient-Driven Protocol

Americans are famous for solving common problems using multistep programs. Some 58 years ago, Raymond Carhart sought to solve the problems of hearing-impaired individuals through a 12-step process for selecting and fitting hearing aids.1 In this approach, the audiologist conducted a test battery that included functional gain testing for speech at two different volume control settings, speech recognition thresholds in noise with and without amplification, speech recognition scores using monosyllabic words at moderate levels, and tests of tolerance for loud sounds. Following the testing process, the audiologist selected 3-4 acoustically similar hearing aids and allowed the prospective wearer to evaluate them. During the fitting process, the patient assumed the “driver’s seat” while comparing the performance of the hearing aids.1

The burgeoning growth of technology accompanied by extensive computerization in our industry could lead bystanders to assume that hearing aid selection and fitting has evolved from being an art into a science. Indeed, the revolution of technology since Carhart’s time has led the typical dispensing process today to become dispenser driven rather than patient driven. The hearing aid selection and dispensing model most often employed today by hearing care professionals places the focus on technology rather than on the person suffering from hearing loss.

So in reality, how involved are patients today in programming their hearing instruments? Are fitting protocols really designed to maximize the patient’s residual hearing and their use of hearing aids in difficult listening situations?

Putting Patients in the Driver’s Seat
A study in 2000 by Meskin & Robinson2 suggests that, while the dispenser should be directing the process, the patient should assume the driver’s seat in making final, educated decisions regarding their amplification needs and desires. These authors found that subjects fit with a patient-driven protocol typically were fit with less high frequency gain than those fit with an audiologist-driven protocol. The authors contend that the patient-driven protocol bases programming adjustments on a patient’s own perceptions of real-world sounds. They concluded that the ability to experience everyday sounds while still in the office helped patients set more realistic expectations for amplification—a big part of any successful hearing instrument fitting.

MarkeTrak data3 has repeatedly indicated that fewer than half of consumers are satisfied with their hearing instruments in difficult and real-world listening situations. Recent studies indicate that many patients reject amplification because they are not prepared for the noise that awaits them in the real world. A 2002 study by Robinson, Russ & Siu4 concluded that the use of “real-life” simulated environments was a valuable means of fine-tuning hearing instruments. Results of their investigation indicated that the use of a multimedia fitting system for adjusting hearing aids reduced follow-up visits from 3.92 to 3.07.

Sergei Kochkin, originator of the Knowles Electronics MarkeTrak studies, contends that dispensers fail to use today’s advanced technology to optimize benefits for patients, especially for the purpose of verification of benefit. He advocates establishing a “best practices” fitting protocol.5 With this in mind, the American Academy of Audiology (AAA) formed a task force to investigate and develop such a protocol. The task force, chaired by Michael Valente, revealed the results of that exploration at the 2004 American Academy of Audiology AAA Convention in Salt Lake City. The proposed protocol includes:

Trying the Multimedia System
Recognizing and supporting the need to make fittings more meaningful and more patient driven, American Hearing Aid Associates (AHAA) recently developed a multimedia system, called Life’s SoundSuite™, that allows dispensing professionals to create common real-world sound environments through the use of state-of-the-art visual and surround-sound technology. These represent a variety of acoustic conditions, including a family gathering, a restaurant visit, a car ride, watching television, and a church service.

The use of the system is growing, and the author is one of the AHAA members who is using it. Studies of its effectiveness are limited; however, the following information represents data collected in my private practice from 197 patients during a recent 6-month period. The field study was designed to examine the efficacy of combining the use of a multimedia system with the use of a fitting protocol similar to that recommended by AAA.

During this investigation, Life’s SoundSuite™ was used during every phase of the counseling, fitting, and adjustment process to provide patients with an interactive multimedia experience. The system was employed for demonstrating amplification and the potential benefits of directional microphones, as well as to assist in establishing realistic expectations for hearing aid use. The available environments were also used as an educational tool in an effort to involve family members and significant others in making the decision to purchase hearing aids.

Various reports suggest that only 40% of patients are satisfied with their hearing aids in normal listening environments.5 That does not seem to be a surprising fact since 75% of audiologists indicate that they seldom or never conduct speech-in-noise testing.5,7 In this investigation, speech-in-noise testing using the QuickSin test8 was conducted on every patient as a part of routine audiometric testing at the time of the initial visit. Our protocol included establishing two measurable goals for patients who decided to pursue amplification.

REIG testing was conducted on all patients to ensure that appropriate insertion gain was being attained for inputs of 45 dB SPL, 65 dB SPL, and 85 dB SPL. During the fitting process, the simulated sound environments were used for loudness scaling. Patients were placed in the various situations and asked to rate the loudness using the Cox Contour Test.9

Scores for discrimination testing, conducted at 40 dB HTL for phonetically balanced words, were obtained in the unaided and aided conditions and compared to determine a measure of hearing aid benefit. In addition, unaided and aided speech testing in noise, using various stimuli, was performed for each patient. Patients were phoned 24-48 hours following the hearing aid fitting and asked to evaluate overall satisfaction with their new hearing aids. Patients who were having difficulties were encouraged to return for adjustment before the scheduled follow-up appointment. The number of follow-up visits was tracked for each patient.

Data using the above mentioned fitting protocol, combined with testing conducted in the multimedia environment, indicated that post-fitting visits in the practice were reduced from an average of 3 to 2 visits. As recommended by Kochkin,5 a follow-up survey of patient satisfaction was sent 3 months following the hearing aid fitting, and 63% of the surveys were returned. Of the patients who responded to the survey, 83% indicated that they were “very satisfied” or “satisfied” with their hearing aids. In addition, 92% of patients who responded to the survey reported that they would recommend a hearing aid to a friend or relative.

Conclusion
This investigation suggests that using a multimedia fitting tool and a patient-driven protocol benefits both patients and clinicians. While these results represent data from one practice and are limited in scope, they do nonetheless create room for cautious optimism and serve as a platform for additional larger scale studies. 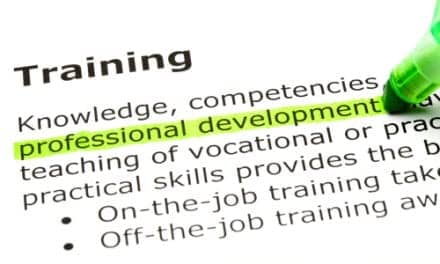