Eden Prairie, Minn – Starkey Laboratories Inc, one of the world’s leading hearing technology companies, today announced the appointment of Jerry Northern, PhD, to the position of Director of Special Projects in Education and Training. Northern will be responsible for developing and managing corporate level projects in the Starkey departments of education, research, marketing, and sales.

“I am excited by the opportunity to develop new customer publications, provide extensive expertise as Starkey expands its commitment to the pediatric market, and become involved in current Starkey initiatives that will enhance customer knowledge and meet the practice and technological needs of hearing care practitioners globally,” Northern said.

As a native of Denver he received his bachelor’s degree in experimental psychology from Colorado College in 1962, holds master’s degrees from Gallaudet University and the University of Denver, and earned his PhD in audiology at the University of Colorado, Boulder. Northern is among the most recognized members of the audiology profession in the world. He is a prolific writer including his textbook Hearing in Children (5th Edition, 2003), and also served as editor for Seminars in Hearing and Audiology Today. As a founding member of the American Academy of Audiology, Northern served as the organization’s third president.

About Starkey Laboratories Inc
Privately held Starkey Laboratories Inc, is a hearing technology company headquartered in Eden Prairie, Minn. The company is recognized for its innovative design, development, and distribution of comprehensive digital hearing systems. Founded in 1967, Starkey currently has more than 4,000 employees and facilities in 25 countries. Divisions operating under the Starkey family of companies include Audibel, Micro-Tech, NU-EAR, and Starkey. For more information, visit www.starkey.com 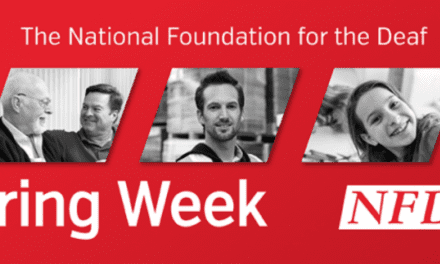