The Pennsylvania College of Optometry (PCO) has announced the sudden death of George S. Osborne, PhD, Dean of the PCO School of Audiology.  An avid pilot, Osborne passed away on Thursday, June 14, while preparing to fly his plane.

Originally from Chicago, Osborne held six degrees, including doctorates in audiology and dentistry, and he devoted over 40 years of his life to the audiology field. He started one of the earliest private speech and hearing centers in the country in Oak Park, Ill, in the late 1960s. Before signing on to develop the School of Audiology, he was the director and owner of Suburban Audiology & Balance Center in Paoli, and he also maintained a private practice in Cotton, Minn.

The recent graduation of the PCO School of Audiology’s first residential audiology class was an historic event for the profession of audiology and was made possible through Osborne’s vision, tenacity, and dedication. “His commitment to advancing the profession of audiology was unwavering,” states Heather S. Giampapa, director of Annual Giving and Alumni Relations at PCO. “All who knew and worked with him will sorely miss George Osborne’s experience, humor and passion.”

Beyond audiology, one of Osborne’s passions was his home-built Seawind amphibian aircraft. He spent 3 years building the recreational plane from a kit, completing it in 2003. In 2004, the Experimental Aircraft Association awarded his plane the “Charles Lindbergh Reserve Grade Champion Trophy”—a kind of “Oscars” for aircraft enthusiasts—during Air Venture, the huge air show held annually in Oshkosh, Wis. Last year, Osborne hosted a Seawind rally in Duluth, Minn, for other like-minded fliers who had hand-built their amphibious kit planes.

Osborne was well known for his kindness, humor, and enthusiasm.

The Memorial Service for Dr. Osborne is as follows:

PCO has requested that condolence notes to the Osborne family be sent to the PCO office:

Dr. Osborne’s family has requested that, in lieu of flowers, donations be
made to PCO Foundation’s George S. Osborne Scholarship Fund. Donations
may be sent to: 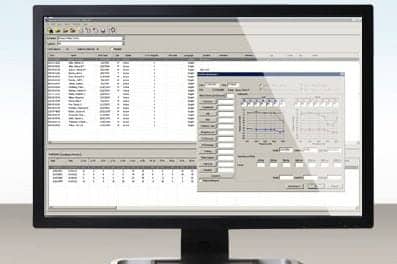 Siemens Ventures Outside the Box at AudiologyNOW!