Durham, NC – MED-EL has introduced the OPUS 2XS. The company says that it is the world’s smallest and lightest audio processor available for hearing implants. It will be available globally sometime in March 2012.

The OPUS 2XS was designed for implant users who need smaller ear-level processors, in particular, children. With active pediatric patients in mind, the company engineered OPUS 2XS with enhanced

insulation that makes it extraresistant to dirt, dust, and sweat. In addition, the unit’s footprint has been reduced, and is now 10mm shorter and 25% lighter than the OPUS 2 with a standard battery pack.

Beyond the benefits for active children, the company  believes that adults may also appreciate a smaller instrument that can be worn discreetly. For users who want to stand out, the OPUS 2XS is available in 13 colors, ranging from baby blue to anthracite, and giving users the option to either blend in or stand out.

Despite its small size, the OPUS 2XS still integrates MED-EL’s key technologies, such as FineHearing* and Automatic Sound Management, which support improved sound perception in noisy environments or when listening to music.

MED-EL’s signal processing is designed to detect changes in the listening situation and automatically adapt, allowing the user to focus on hearing without constantly making processor adjustments.

When combined with MED-EL’s energy efficient D coil, users can also have up to 60 hours of battery life using two high-power zinc-air batteries.

All MED-EL audio processors are back-compatible to support existing MED-EL users with legacy implants, so current MED-EL implant customers can upgrade to the new OPUS 2XS. Those already using an OPUS 2 can simply switch to the XS battery pack.

*FineHearing is not indicated for pre-lingual children in the United States. 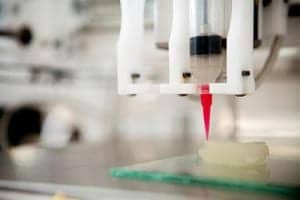 Testosterone use does not improve function, cognition in older men