Hearing scientists from the University of Minnesota, Minneapolis, have released new research findings showing fewer than 20% of teenagers in the United States have a hearing loss as a result of exposure to loud sounds, thus offering a different analysis of data reported in the Journal of the American Medical Association (JAMA) in August.

The U of M’s research, forthcoming in the Journal of Speech, Language, and Hearing Research, points out that the small hearing losses audiologists are trying to identify with conventional hearing tests are subject to measurement error, and that as many as 10% or more of children are falsely identified as having a noise induced hearing loss using these methods.

“Most media have emphasized the link between exposure to loud sounds and hearing loss when referring to the JAMA study,” says Bert Schlauch, professor in the university’s Department of Speech-Language-Hearing Sciences. “However, many of the findings of the JAMA study are not consistent with hearing loss caused by exposure to loud sounds.” These conclusions were drawn from an ongoing study of the hearing of the University of Minnesota Marching Band and a forthcoming paper in the Journal of Speech, Language and Hearing Research authored by Schlauch and Edward Carney.

The U of M researchers measured the hearing of members of the university’s marching band and found about 15% had hearing loss. Researchers followed the band members over the period of a year. When the results of multiple hearing tests were averaged, more than half of the apparent noise induced hearing losses disappeared, a finding consistent with measurement error.

Schlauch and Carney report, based on computer simulations modeling the statistical properties of hearing tests, that as much as 10% of the 14.9% figure is consistent with false positive responses. In other words, people with normal hearing can produce spurious responses during a hearing test that look like a mild hearing loss, a result consistent with measurement error.

“Our findings do not mean that people should not be concerned about exposure to loud sounds, such as those from personal stereo devices, live music concerts, or gun fire,” Schlauch says. “The damage may build up over time and not appear until a person is older. For all sounds, the risk increases the more intense the sound and the longer the exposure, particularly from sustained or continuous sounds.”

The paper is titled Are False Positive Rates Leading to an Overestimation of Noise-Induced Hearing Loss?. Ongoing work is a collaborative effort with Su-Hyun Jin, University of Texas at Austin, and Bert Schlauch, Peggy Nelson, and Edward Carney in the Department of Speech-Language-Hearing Sciences, College of Liberal Arts, University of Minnesota. 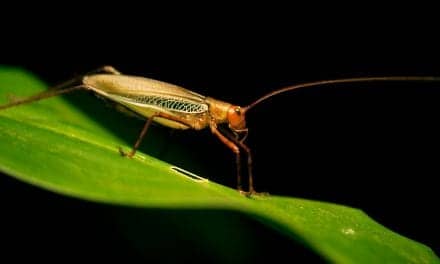