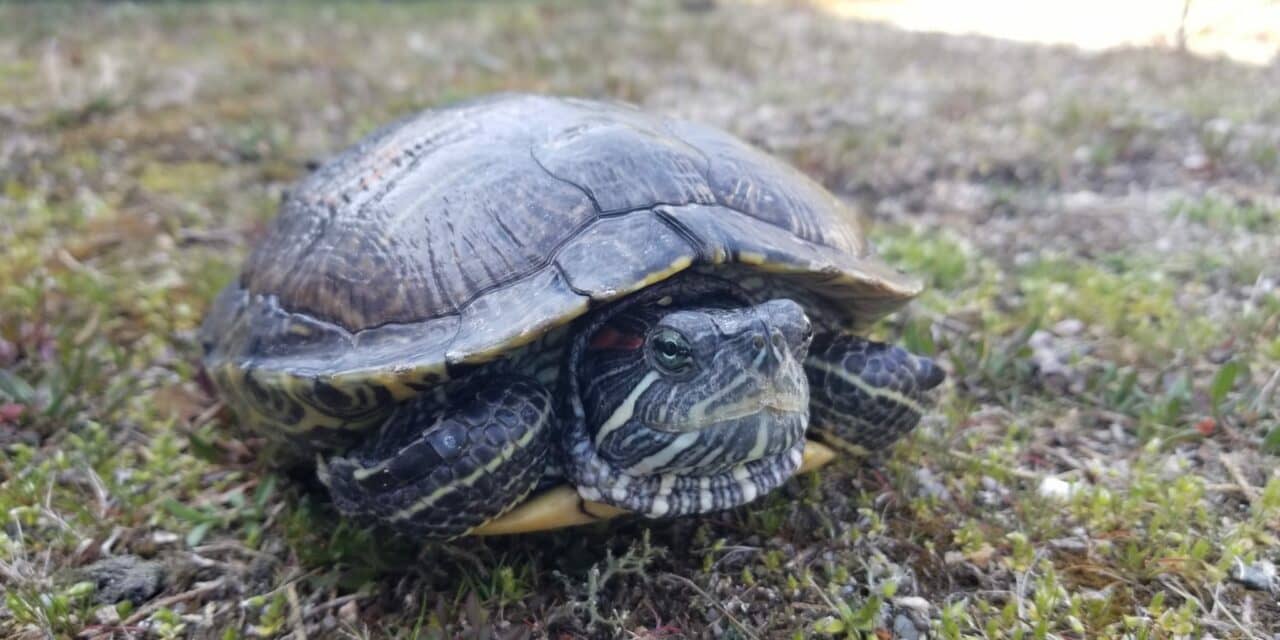 New research shows turtles can experience temporary hearing loss from an excess of underwater noise. This phenomenon, previously noted in other marine animals such as dolphins and fish, was not widely understood for reptiles and underscores another potential risk for aquatic turtles. This high volume of sound, referred to as underwater noise pollution, can be caused by passing ships and offshore construction.

These preliminary findings were part of a Woods Hole Oceanographic Institution-led study that is being presented at the 2022 Ocean Sciences Meeting, held online from February 24, 2022, through March 4, 2022. A summary of the research is posted on the Woods Hole website.

“Our study is the first to support that these animals are vulnerable to underwater hearing loss after exposure to intense noise,” said Andria Salas, WHOI postdoctoral investigator and study co-author. “We have assumed that turtles experience hearing loss when exposed to sufficiently intense sounds as observed in other animals, but there hasn’t been any data collected specifically on turtles.”

Aquatic turtles are predicted to rely on their sense of underwater hearing for environmental awareness, such as navigation or detection of possible predators, and some species have been shown to use underwater acoustic communication. Previous studies have focused on the effects of excessive noise in a range of animals, from squids, to fishes, to whales, and in both fresh and saltwater environments. But less work has been done on reptiles, like turtles, according to Salas.

The results of this study provide the first evidence of underwater noise-induced hearing loss in turtle species and suggest turtles may be more sensitive to sound than previously understood.

Salas and her collaborators, including WHOI associate scientist Aran Mooney, were surprised by how the turtles’ hearing was impacted by a relatively low level of noise. The noise exposure induces what is called a temporary threshold shift (TTS), which is the resulting decrease in the animal’s hearing sensitivity due to the noise. The absence of TTS studies in turtle species has led to a data gap for endangered sea turtles, and aquatic turtles more generally.

“If this occurs in nature, turtles would be less able to detect sounds in their environment on these timescales, including sounds used for communication or warning them of approaching predators,” Salas said. “Over half of turtle and tortoise species are threatened, and noise pollution is an additional stressor to consider as we work towards protecting these animals.”

“Notably, this temporary hearing loss is a normal physiological phenomenon in animals. We now see it across the board (mammals, birds, fish, and reptiles). But importantly in this case, it can be a predictor of greater, more deleterious noise impacts such as permanent hearing loss or auditory damage.”

To execute the study, the team conducted experiments on two non-threatened species of freshwater turtles. They used a minimally invasive device, inserted just under the skin above a turtle’s ear, to detect miniscule neurological voltages created by the turtles’ auditory systems when they hear sounds. The method measures hearing rapidly, in just a few minutes, and is similar to how hearing is noninvasively measured in human infants. Before exposing the turtles to loud white noise (similar to the sound of radio static), they first determined the lower threshold of turtles’ underwater hearing and which tones (frequencies) they heard best.

After exposing the turtles to noise and then removing them from the noise, the researchers kept measuring turtle hearing for about an hour to see how they recovered their short-term underwater hearing, and then checked two days later to see if recovery was complete. While the turtles always recovered their hearing, hearing loss could last for about 20 minutes to over an hour. However, sometimes hearing had not recovered by the end of the testing hour, indicating they needed more time to fully recover from the noise exposure. One turtle experienced reduced hearing for multiple days. 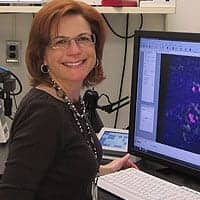