A new analysis of iPods and other portable, digital music players by researchers at the University of Colorado at Boulder and Children’s Hospital in Boston has produced the first-ever detailed guidelines for safe listening levels using earphones.

The study indicates a typical person can safely listen to an iPod for 4.6 hours per day at 70% volume using stock earphones, according to Cory Portnuff, a doctoral researcher in CU-Boulder’s speech language and hearing sciences department. Portnuff, who undertook the study with Brian Fligor, director of audiology at Children’s Hospital said the study quantifies both safe and hazardous music listening levels for the typical person.

The researchers found, for example, that listening to music at full volume through an iPod for more than 5 minutes a day using stock earphones can increase the risk of hearing loss in a typical person. But they also concluded that individuals can safely listen to iPods for 90 minutes a day with the supplied earphones if the volume is at 80% of maximum levels without greatly increasing the risk of hearing loss.
“Damage to hearing occurs when a person is exposed to loud sounds over time,” Portnuff says. “The risk of hearing loss increases as sound is played louder and louder for long durations, so knowing the levels one is listening to music at, and for how long, is extremely important.”

The findings were presented at a national conference, “Noise-Induced Hearing Loss in Children at Work and Play,” held October 18-19 in Covington, Ky.

The researchers found no significant difference in sound levels between five of the most popular genres of popular music they tested, including rock, rhythm and blues, dance, Top 40, and country. Portnuff and Fligor measured specific sound levels from five portable music players, including the Apple iPod, the Apple iPod Nano, the Apple iPod Mini, the Creative Zen Micro, and the SanDisk Sansa. The guidelines developed by the researchers apply to all of the music players analyzed in the study, all of which produced similar volumes.

Typical individuals can tolerate about two hours a day of a decibel unit known as 91-dBA before risking hearing loss, Portnuff says.

Loud sounds can stress and potentially damage delicate hair cells in the inner ear that convert mechanical vibrations, or sound, to electrical signals that the brain interprets as sound. “Over time, the hair cells can become permanently damaged and no longer work, producing hearing loss,” he says.
But not everyone shares the same risk of hearing loss, Portnuff says. Some people have “tougher ears,” allowing them to listen to music relatively safely for longer periods, while those with “tender ears” may suffer ear damage even if they follow the new study recommendations. “There is really no way of knowing which people are more prone to damage from listening to music,” he says.

The type of earphones used affect the potential damage to ears, Portnuff says. So-called “isolator” earphones—which block out background noise—are capable of producing higher sound-levels than earphones with so-called “earbuds.” Conversely, “supra-aural” earphones that are placed over the ears rather than inside them can be used for longer periods and still be considered safe for typical people, he said.

“No one set of earphones is more dangerous than another,” he says. “While isolator style earphones are capable of producing higher levels of sound than earbuds, most people use them at a lower volume than earbuds because they block out background noise. It’s important to monitor the level of volume control settings.”

A paper for lay audiences, titled “Output Levels of Portable Digital Music Players” can be accessed on the Web at: http://www.hearingconservation.org/docs/virtualPressRoom/portnuff.htm. A more in-depth paper is being published as part of the proceedings of the conference.

[SOURCE: EurekAlert!, a service of AAAS; University of Colorado at Boulder, October 2006] 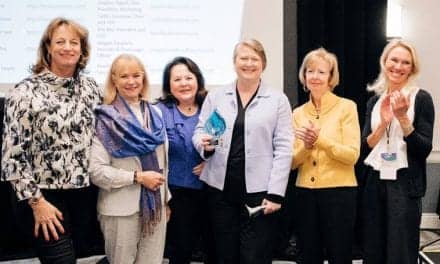