The symposium will take place from 8 am to 4 pm at the Natcher Conference Center, on the NIH campus. It will highlight accomplishments of NIDCD research over the past 2 decades and the perspectives and talents of people who have a personal connection with a communication disorder. Roughly one in six people in this country will experience a communication disorder in his or her life.

In her presentation “In an Instant,” author Lee Woodruff will share her family’s story about the life-altering changes they experienced when her husband, ABC news anchor and reporter Bob Woodruff, suffered a traumatic brain injury after his vehicle was struck by a roadside bomb in Iraq. The Woodruffs coauthored The New York Times bestselling book of the same title. Woodruff’s injury impacted the language part of his brain causing aphasia, a disorder that affects a person’s ability to express and understand language. Lee Woodruff will discuss her experience when she and her husband discovered their 5-month-old daughter (one of twins) was hearing-impaired.

The event will include three scientific sessions representing NIDCD’s primary areas of research: hearing and balance; smell and taste; and voice, speech, and language. An opening session titled “As Time Goes By: A Population Perspective on Hearing in Aging,” will be delivered by epidemiologist Karen J. Cruickshanks, PhD, an NIDCD advisory council member and a professor in the Departments of Ophthalmology and Visual Sciences and Population Health Sciences at the University of Wisconsin, Madison.

Presenters for the Hearing and Balance section include:
•      David P. Corey, PhD, professor in the Department of Neurobiology, Harvard Medical School, who will speak on “Biophysics, Genes, and Structure: An Integrated Understanding of the Inner Ear.”

•     John K. Niparko, MD, professor in the Department of Otolaryngology-Head and Neck Surgery, The Johns Hopkins School of Medicine, who will speak on “Childhood Development after Cochlear Implantation.”

Presenters for the Smell and Taste section include:
•      Richard Axel, MD, university professor and investigator in the Howard Hughes Medical Institute, Columbia University, who will speak on “Internal Representations of the Olfactory World.” Axel is a recipient of the 2004 Nobel Prize in Physiology or Medicine for his groundbreaking research on the sense of smell.

•     Gary K. Beauchamp, PhD, director and president of the Monell Chemical Senses Center in Philadelphia, will speak on “The Chemical Senses and Human Health: Food and the Environment.”

Presenters for the Voice, Speech, and Language section include:
•      Helen Tager-Flusberg, PhD, professor in the Department of Anatomy and Neurobiology, Boston University School of Medicine, who will speak on “Language Across the Life Span: Improving Lives in the 21st Century.”

•     Robert E. Remez, PhD, professor in the Department of Psychology, Columbia University, will speak on “Progress and Prospects in Research on Speech Perception.”

The symposium will also feature musical performances by Yew Choong Cheong, an internationally acclaimed pianist with hearing loss, and Richard Reed, a rock-and-roll and R&B musician who lost his hearing from exposure to certain medications and who now wears a cochlear implant. Cheong, who is working toward his PhD in music at West Virginia University, will be performing in the atrium during registration and throughout the closing reception. Reed will perform a first-hand demonstration on his keyboard of what music sounds like through a cochlear implant, titled “Music Lost and Found.”

Also providing remarks that day will be Raynard S. Kington, MD, PhD, deputy director of NIH; James F. Battey, Jr, MD, PhD, director of the NIDCD; and other NIDCD representatives. Senator Tom Harkin (D-IA), who authored the legislation that created the NIDCD, will be offering remarks by videotape. Scientific posters from NIDCD intramural researchers will be featured during the reception, and professional and advocacy organizations in the area of communication disorders will be staffing exhibits featuring educational resources and other information.

The event is open to the public and is free of charge. No preregistration is required. For more information, see the full symposium agenda posted on the Web site, or call (301) 496-7243. Sign language interpreters will be provided.

For reasonable accommodation to participate in the event, contact Lonnie Lisle via e-mail  or call the Federal Relay Service at (800) 877-8339. A captioned video of the symposium will be available on the Web at a later date.

NIDCD supports and conducts research and research training on the normal and disordered processes of hearing, balance, smell, taste, voice, speech and language and provides health information, based upon scientific discovery, to the public. 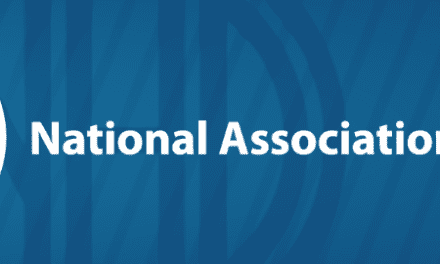