Spring in a Love Song: What Gets a Female’s Attention–At Least a Songbird’s

SAN FRANCISCO — Male songbirds produce a subtly different tune when they are courting a female than when they are singing on their own. Now, new research offers a window into the effect this has on females, showing they have an ear for detail. The finding provides insights not only into the intricacies of songbird attraction and devotion but also into the way in which the brain develops and responds to social cues, in birds—and humans.

The study is reported in the March 18 issue of PLoS Biology by researchers at University of California, San Francisco.

The discovery paves the way, the researchers say, for studying how complex brain circuits recognize social cues, especially acoustic signals, and how they acquire this capacity—questions of potential relevance to humans. Such findings could shed light, they say, both on normal development and on disabling disorders of social interactions, such as autism.

Scientists have known that male zebra finches adjust their tune when they have courtship (ie, copulation) on their minds with either a prospective or lifelong mate. (They are monogamous.) The variation is extremely slight—not a shift in the identity or order of notes, but just in the length, tempo, and variability of presentation. The birds sing faster and produce syllables with less variability in pitch as they dance about the object of their affection. Scientists have chalked this up to evolutionary strategy, but they haven’t actually known if the females detect and discriminate between the tunes.

The researchers also found that female finches have an ear for detail: the female birds were especially sensitive to the degree of variability in the pitch of notes, showing the strongest preferences for directed songs that were least variable in pitch. This finding is provocative, the researchers say, because recent evidence has shown that pitch variability in male song is controlled by a specialized forebrain-basal ganglia circuit known as the anterior forebrain pathway, which plays a role in vocal learning and is similar to forebrain-basal ganglia circuits found in all vertebrate, including humans.

“It is interesting that the neural circuit responsible for the learning of song in juveniles may also be responsible for making the adult male’s song more attractive, and allowing female birds’ preferences to shape the males’ vocal behavior over the course of evolution,” says Sarah C. Woolley, PhD, a postdoctoral fellow in the laboratory of senior author Allison J. Doupe, MD, PhD, a professor of psychiatry and physiology and a member of the Keck Center for Integrative Neuroscience at UCSF.

The scientists carried out the study with two sets of adult female zebra finches—those who had been with a mate for months or even years and those who had been housed with other females once they’d matured. In a series of tests, each was placed in a cage with three chambers lined up in a row. At each end of the cage was a speaker airing a different set of male tunes. Females were allowed to move freely toward the songs they preferred and the scientists recorded the time they spent near speakers broadcasting different types of song. Both mated and non-mated females spent more time near the speaker broadcasting the courtship song.

Interestingly, notes Woolley, females particularly preferred directed song when the singer was familiar. The strongest response was from mated females responding to their mate’s directed song, suggesting, the researchers say, that preferences are further enhanced by experience. Females without partners show a weaker preference for the directed song of an unfamiliar male, suggesting that they have the same perceptual biases as paired females and that their living with a mate makes this fondness stronger. Though the researchers restricted their study to vocal signals, it may be, they say, that female songbirds assessing an unfamiliar male normally rely on cues in addition to song—courtship dancing or beak or feather color.

“This finding suggests that neurons in this second higher-level auditory region are involved in a kind of social perception,” says Woolley.

Together, Woolley says, the social behavior and neurological data offer insight into a fundamental aspect of social communication—the way in which birdsong is produced and perceived, and the behavioral interplay that connects the two together. 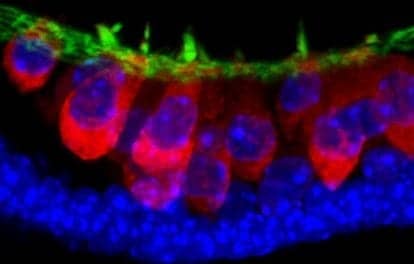 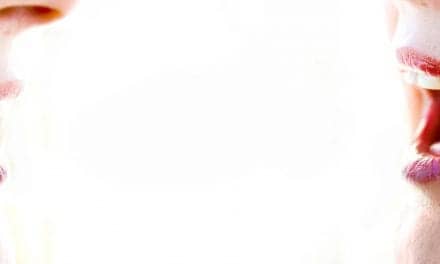 Humans ‘Perk Up Their Ears’ Similarly to Animals