WOODSTOCK, Ill — Masayoshi (Mas) Harada, co-founder of Qualitone Hearing Aids and Audiometers and a long-time figure in the hearing industry with a reputation as a brilliant engineer, died in early March after a brief illness. He was born on September 17, 1915, in Los Angeles. Harada attended the University of California at Berkeley. In 1953, with his good friend and business partner, the late Richard Burger, he founded Qualitone, starting the company in Harada’s basement in Minneapolis. Harada and Burger sold Qualitone to Seeburg Industries, and the multimillion dollar global hearing aid manufacturing and audiometer company was subsequently purchased by Starkey Laboratories in 1996. The company is now located within a larger facility in Eden Prairie, Minn.

Being both the co-owner and chief engineer at Qualitone, the company was often able to be on the vanguard of technological changes during Harada’s tenure. Writes Killion: “Mas liked to tell the (tall) tale of the founding meeting of Qualitone. He’d say, ‘We all threw our checks on the middle of the table, and mine was the only one that didn’t bounce.’ Being one of the co-owners, he had clout that most of his colleagues in the industry did not have. This does not take away from his achievements, but may somewhat explain how he was able to steer events in the desired direction.”

“Mas was a very well respected engineer in the industry,” says Preves. “What I remember most about Mas was his creativity at Qualitone. For example, I believe that the original concept of dual receivers—mounted back to back but connected in phase opposition to cancel mechanical feedback and provide very high gain/power hearing aids—might have been Mas’s idea. On the social side, Mas was very congenial; I remember that he was both an expert ballroom dancer and downhill skier.”

After selling Qualitone to Seeburg Industries, Harada became involved with numerous private investment activities and he enjoyed travel, fishing and skiing. According to Teder, he was an expert skier who was a member of the Ski Patrol well into his 70s. “He and his wife, Nob [Nobuko], also loved to dance [as do Teder and his wife, Margaret], so we met them at dances occasionally (you can see the tie-in of ballroom dancing to skiing!). Mas was a kind person and easy to know, and always attended the annual hearing aid Christmas get-togethers [that were once a regular event for long-time Minneapolis hearing industry personnel].”

Survivors include his children, Gary K. (Lori) Harada of Oakwood Hills, Ill, and Robert G. (Catherine) Harada of Lafayette, Colo; grandchildren, Dr. Caroline Harada and Matthew Harada and their spouses, Fredrick Vars and Teal Bathke Harada; great-grandchildren, Jackson and Eleanor Harada; and brother, Fred (Aiko). He was preceded in death by his wife, Nobuko, and a brother, Tom.

HR thanks Sharon Fujikawa-Brooks, David Preves, Mead Killion, and Harry Teder for their help in this news item. 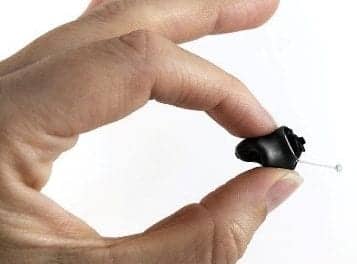