The idea is to talk to the brain with optical infrared pulses instead of electrical pulses, which now are used in cochlear implants to provide deaf people with limited hearing.

The research, funded by the National Institutes of Health, also raises the possibility of developing cardiac pacemakers and other new devices to aid vision, balance, and movement.

The scientific significance of the studies is the discovery that optical signals—short pulses of an invisible wavelength of infrared laser light delivered via a thin, glass optical fiber—can activate inner-ear cells related to balance and hearing.

Because infrared light can be felt as warmth, it was thought that heart and ear cells were activated by heat rather than the infrared radiation itself. However, this latest research showed that infrared light pulses generated by a light diode were able to activate the cells in the experiment.

The inner-ear cells used came from the inner-ear organ that senses motion of the head. The hair cells came from oyster toadfish, which are well-established models for comparison with human inner ears and the sense of balance.

The scientists believe their research could lead to better cochlear implants that would use optical signals, rather than electrical signals that implants utilize today.

adult can hear more than 3,000 different frequencies. With optical stimulation, there’s a possibility of hearing hundreds or thousands of frequencies instead of eight. Perhaps someday an optical cochlear implant will allow deaf people to once again enjoy music and hear all the nuances in sound that a hearing person would enjoy."

Unlike electrical current, which spreads through tissue and cannot be focused to a point, infrared light can be focused. Thus, numerous wavelengths (corresponding to numerous frequencies of sound) could be aimed at different cells in the inner ear.

Nerve cells that send sound signals from the ears to the brain can fire more than 300 times per second, so ideally, a cochlear implant using infrared light would be able to perform as well. In the Utah experiments, the researchers were able to apply laser pulses to hair cells to make adjacent nerve cells fire up to 100 times per second. For a cochlear implant, the nerve cells would be activated with infrared light instead of the hair cells.

Rabbitt cautioned it may be 5 to 10 years before the development of cochlear implants that run optically. To be practical, they need a smaller power supply and light source, and must be more power efficient to run on small batteries like a hearing aid.

In addition to cardiac and cochlear implant applications, the research may lead toward new inventions that might one day help movement, balance, and vision disorders. 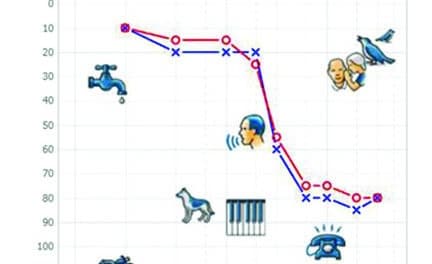 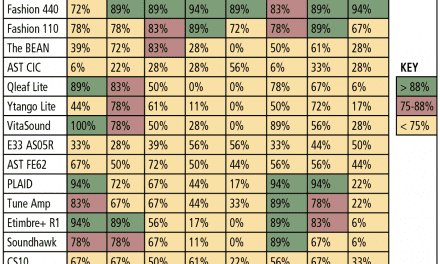 Coupler and Real-Ear Performance between PSAPs and Hearing Aids