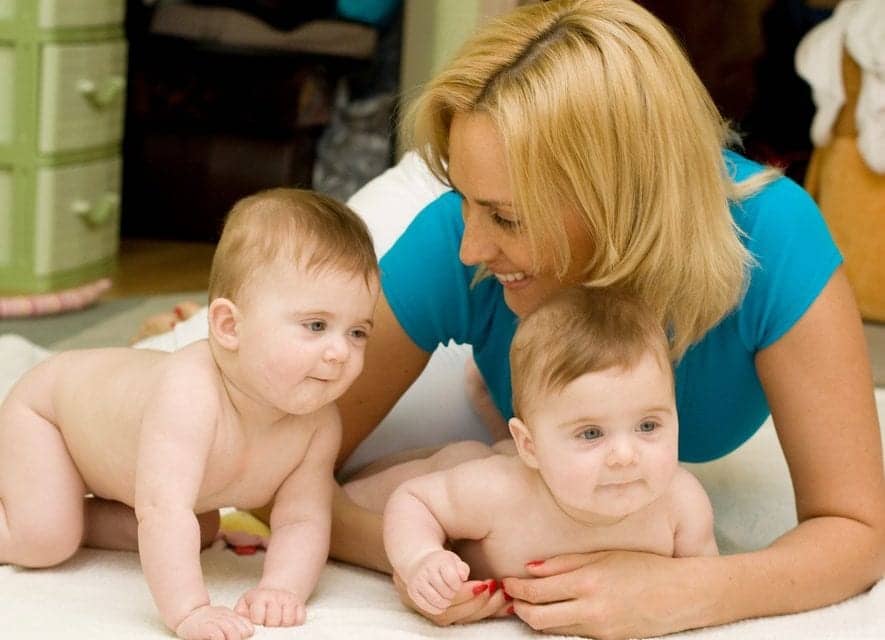 Mothers of twins change their speech for a hearing-impaired infant, which can impact the language development of both babies

Acoustics research suggests that hearing loss in one infant twin affects a mother’s speech to both infants—as if the normal-hearing twin also has the impairment—which can impact the future language development of both the normal-hearing and hearing-impaired infants.

Results from a new acoustics study presented at the 168th Meeting of the Acoustical Society of America (ASA) in October confirms what many of us may have suspected—that hearing loss in one infant from a pair of twins affects the mother’s speech to both infants as if they are both hearing impaired.

The study, titled “Acoustic characteristics of infant-directed speech to normal hearing and hearing-impaired twins with hearing aids and cochlear implants: A case study,” explored the acoustic characteristics of three mothers’ speech towards their infant twins. Maria V. Kondaurova, a postdoctoral fellow in the Department of Otolaryngology at Indiana University’s School of Medicine, presented the study results at the annual ASA Meeting, held October 27-31, 2014, in Indianapolis.

Kondaurova reported that during the course of a year, at three intervals, researchers recorded the mothers’ speech in the laboratory while they played with their child as they normally would do at home. Mothers’ speech to an adult experimenter was also recorded during the first session. All recordings were then studied for several acoustic characteristics of the mothers’ speech style and vocabulary productions directed to their infants.

“We discovered that mothers used lower pitch and more variable intonation with a larger pitch range while speaking to the normal-hearing as compared to hearing-impaired twin pairs,” Kondaurova said. “Mothers produced more syllables, and used a faster speaking rate and longer sentence duration in speech to normal-hearing twins compared to the other two pairs.”

The study’s key message is that an infant’s hearing loss affects not only the infant but also the caregiver’s language behavior, which is an important environmental variable that contributes to infant linguistic and cognitive development.

Caregivers’ speech input is an important predictor of future language development of both normal-hearing and hearing-impaired infants, so the study’s results are particularly relevant for speech-language therapists and parents of hearing-impaired children who have siblings.

A webcast of the study presentation will be archived for one year, and readers interested in more information about this may contact: [email protected].

Presentation #4aSCb9, “Acoustic characteristics of infant-directed speech to normal hearing and hearing-impaired twins with hearing aids and cochlear implants: A case study,” by Maria V. Kondaurova, Tonya R. Bergeson-Dana and Neil A. Wright. The abstract can be found by searching for the presentation number on the ASA 2014 meeting site.