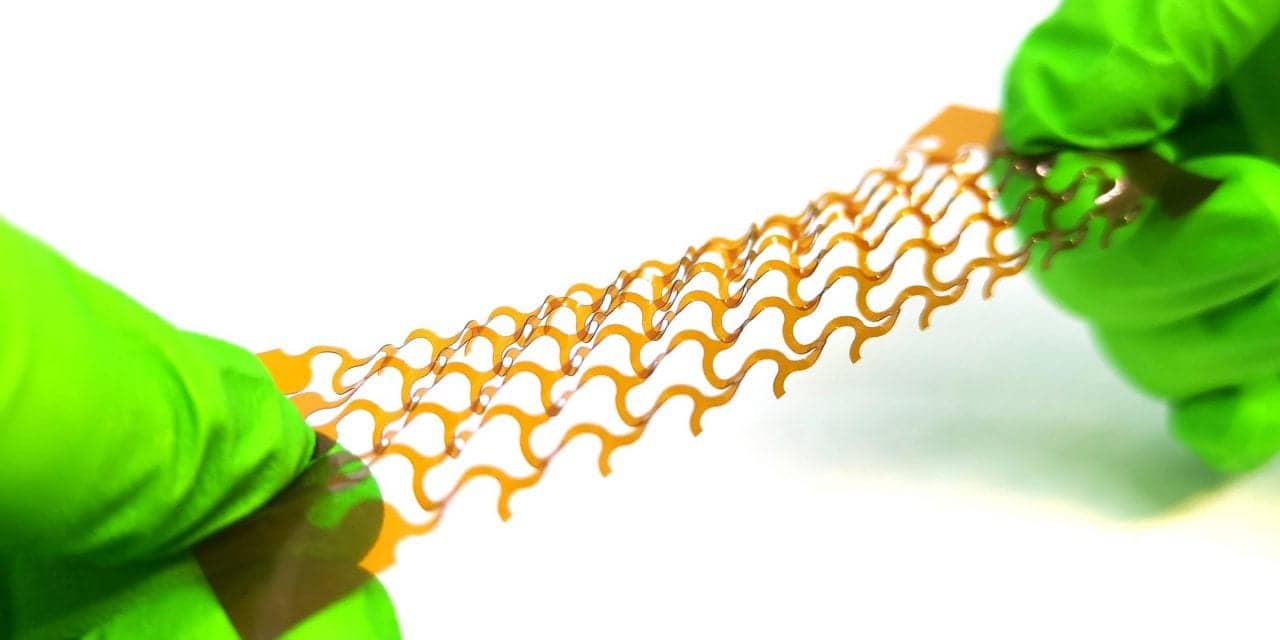 Close to half a million people around the world suffer from a serious hearing impairment. In some cases, they can find relief in cochlear and other types of implants. Yet these devices do not help people whose inner ear is damaged or whose auditory nerve does not function properly.

To address this problem, Stéphanie Lacour’s team at EPFL’s Laboratory for Soft BioElectronic Interfaces (LSBI) worked with clinicians from Harvard Medical School and Massachusetts Eye and Ear to develop a soft electronic interface, according to an article on the Swiss Federal Institute of Technology Lausanne’s website (EPFL).  The highly elastic implant conforms neatly to the curved surface of the auditory brainstem and can therefore send highly targeted electrical signals. It has been tested successfully on mice—the implant has a surface area of only 0.25 mm2 —and has now been produced at a size suitable for human use and in a form that is compatible with current surgical techniques. It will undergo further study in preparation for human trials. The researchers’ study was just published in Science Translational Medicine. 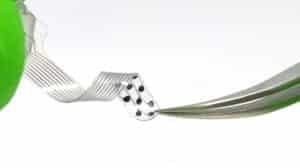 The new implant consists of a conformable array of platinum electrodes encased in silicone. “We focused on platinum because it’s already used widely in clinical settings,” said Nicolas Vachicouras, a post-doc at EPFL’s School of Engineering and the article’s lead author.

Unfortunately, platinum is a rigid metal that cannot be distorted without being damaged. The researchers overcame this hurdle by applying the traditional Japanese paper-cutting technique called kirigami, etching a Y-shaped pattern into metalized plastic segments. Then they machined the metal at the micron scale (one micron=one thousandth of a millimeter), using techniques commonly found in the microfabrication of integrated circuits. The result is a very compliant and highly conductive electrode implant.

The EPFL researchers are already eyeing other applications. “The properties of our device would be of value for all sorts of implantable neuroprosthetics,” said Lacour, “such as those used to stimulate or record neural activity in the spine, brain, or even peripheral nerves.”

Lee runs a clinical and research program for ABI implants, with a focus on answering fundamental questions about how the ABI provides hearing using animal models, and to examine novel methods to correlate position of the array with ABI outcomes in the clinic.

The project between the EPFL and Harvard Medical School has been a multi-year collaboration most recently supported by the Bertarelli Foundation.