Ear Infection ‘Superbug’ Discovered To Be Resistant To All Pediatric Antibiotics

Researchers have discovered a strain of bacteria resistant to all approved drugs used to fight ear infections in children, according to an article in the Journal of the American Medical Association (JAMA). A pair of pediatricians discovered the strain because it is their standard practice to perform an uncommon procedure called tympanocentesis (ear tap) on children when several antibiotics fail to clear up their ear infections. The procedure involves puncturing the child’s eardrum and draining fluid to relieve pressure and pain. Analyzing the drained fluid is the only way to describe the bacterial strain causing the infection.

Even after the ear tap and additional rounds of antibiotics, infections persisted in a small group of children in a Rochester, NY, pediatric practice, leading to ear tube surgery and, in one case, to permanent hearing loss. The physicians realized they may be dealing with a "superbug" and tested the children’s ear tap fluid at the University of Rochester Medical Center. The tests showed that the superbug, called the 19A strain, could be killed only by an antibiotic (levofloxacin, Levaquin) approved for adults that had a warning in its label against use in children. With no other choice, they treated the children with crushed, adult-approved pills, and it worked.

In the age of daycare, 83% of U.S. children experience one or more ear infections by age three. Acute otitis media is a bacterial ear infection that causes pain, fluid buildup and hearing loss in the worst cases. Until 2000, one species of bacteria, S. pneumoniae, also called pneumoccous, was the leading cause of otitis media, as well as of pneumonia and meningitis. Thanks to technology developed in part at the University of Rochester Medical Center, Wyeth Pharmaceuticals in 2000 introduced Prevnar (pneumococcal 7-valent conjugate vaccine), which reduced the incidence of pneumonia and meningitis by at least 69% and difficult to treat ear infections by 24% as well, researchers said.

In the current study, two pediatricians used tympanocentisis to identify S pneumoniae strains that caused ear infections in children between September 2003 and June 2005. All the children had received the Prevnar vaccine. Among 1815 children, aged 6 to 36 months, in whom otitis media was diagnosed, tympanocentesis was performed in 212, yielding 59 cases of S pneumoniae infection and 9 cases infected with a serotype 19A strain resistant to all FDA-approved antibiotics for use in children.

Of those nine, four required surgery to implant ear tubes after several attempts to treat with antibiotics failed. Levofloxacin was used in the next five cases, resolving the infection without surgery. Pichichero has published on the effectiveness and safety of quinolones in children with hard-to-treat ear infections, and the American Academy of Pediatrics endorsed their limited use where the benefits outweigh the risks, he said. Some past animal studies caused concern that the drug class may cause damage to weight-bearing joint cartilage in children, although such a side effect has not been observed in humans.

As expected, analyses of the ear tap samples over the three years revealed that those strains included in the original Prevnar vaccine were effectively prevented. But the study also found that strains not included in the vaccine have become more numerous in their place. In addition, the study showed that the strains not included in Prevnar at first were nearly all sensitive to most antibiotics, but over three years became dramatically more resistant to penicillin (from 25% to 93% of cases) (P<.001) and other antibiotic.

"The solutions to this problem are clear," said Janet Casey. M.D., co-author of the study, associate professor of Pediatrics at the Medical Center and a partner in Legacy Pediatrics. "Many more physicians need to learn and use the ear tap technique and how to test for the strains once the sample is collected. They also need to resist pleas by parents to treat colds with antibiotics for comfort’s sake alone." 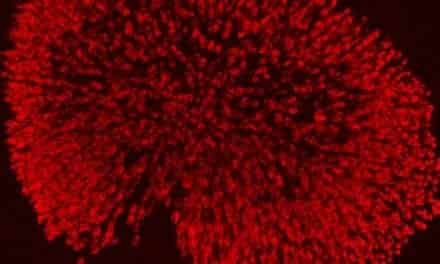 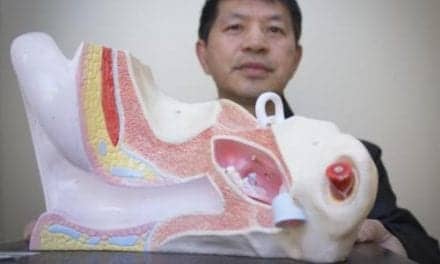