Axons of Auditory Neurons Vary in Speed of Signal Conduction

Researchers at Ludwig-Maximilians-Universität München (LMU) in Germany have found that the axons of auditory neurons in the brainstem, which respond to low and high-frequency sounds, differ in their morphology and these variations correlate with differences in the speed of signal conduction. In other words, axons in auditory neurons differ in shape, depending on the pitch they specialize in, which affects how quickly they conduct signals.

According to an article published in the August 25, 2015 edition of the online journal Nature Communications, the findings of the LMU study, conducted in collaboration with researchers at University College London, overturn the conventional notion that the speed of signal transmission in the myelinized axon of vertebrate neurons always increases in proportion to the length of the internodes.

Study author and neurobiologist Benedikt Grothe, PhD, explained in an announcement from LMU that the axons (ie, signal-transmitting fibers) of the neurons in the central nervous systems of vertebrates are ensheathed in layers of myelin. A fat-rich myelin sheath serves as a form of insulation for the axon that improves electrical conduction properties, and its coating largely consists of the cell membranes of glia cells.

Our sense of hearing is dependent on the conversion of incoming mechanical oscillations into electrical impulses by the sensory hair cells in the inner ear. These impulses are relayed by other neurons for further processing, which depend on the structural characteristics of the signal-transmitting axons. Both ears encode a given acoustic stimulus in the same way, but the cues for sound localization arise from the speed at which the signal arrives at each ear, affecting how the sound is perceived. The ear closer to the sound source (the ipsilateral ear) perceives a sound as louder than it is perceived by the ear that is further from the sound source (the contralateral ear).

According to the study authors, the timing difference between the responses of the two ears to a given sound must be precisely communicated to higher processing centers, which is crucial for accurate localization of the sound source. For this reason, the brain must be capable of encoding minimal differences between the arrival times of signals at both ears. This computation requires a complex set of interactions between the several different nerve cells that relay this information, in the form of action potentials, from the inner ear to auditory neurons in the brainstem.

Grothe and his colleagues have discovered that structural adaptations relating to the axons of the auditory neurons in the mammalian brainstem play a critical role in tuning the rate and precision of signal conduction via these pathways.

“Our investigation revealed structural differences in the pattern of myelinization of their axons,” said Grothe. “The axons that are most sensitive to low-frequency tones are larger in diameter than those that respond to high-frequency sounds but, surprisingly, their internode regions are actually shorter.”

The research team reports that their computer simulations indicated that these variations in axon morphology should act to tune the speed of signal conduction, and subsequent electrophysiological measurements confirmed that axons that react to low-frequency tones transmit signals faster and with greater fidelity.

“Our findings also contradict the widespread assumption that axons which serve the same function must be structurally identical, and that the length of their internodes is always proportional to the axon diameter,” Grothe explained. “Instead, it appears there are systematic structural differences between them that depend on the site of origin of the signals and the nature of their target circuits.” 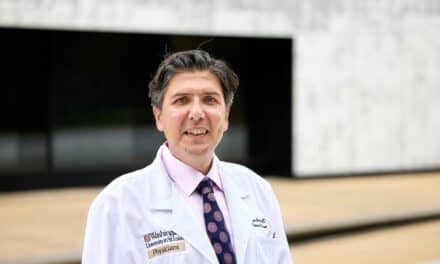