In this day of rapidly advancing technology and computationally intensive digital algorithms, it is easy to get excited about technology and lose sight of the fundamentals. At last year’s International Hearing Aid Research Conference in Lake Tahoe, the question “So how big is your notch filter?” was jokingly raised in one of the sessions. This illustrates and pokes fun at the trap that hearing industry engineers often fall into: focusing on features only. It should be acknowledged that there is nothing wrong with touting new, advanced circuit features and capabilities, as long as the fundamental results and benefits for the hearing-impaired consumer are not ignored.

An argument can be made that the reason most digital hearing instruments have failed to show significant objective benefit over their analog counterparts is that the underlying processing schemes applied to the captured acoustic signal remain relatively ineffective. With the exception of advanced noise reduction and feedback suppression techniques, digital processing algorithms have not been shown to solve many of the listening/intelligibility issues. In fact, despite DSP hearing instruments now having numerous new features, when considering fidelity, it can be argued that some digital instruments are actually inferior to advanced analog devices.

Fidelity
Sound quality is largely determined by two parameters: bandwidth and dynamic range. Poor analog-to-digital (A/D) converters were primarily responsible for the limitations of first and second-generation digital systems. Low dynamic ranges in the range of 70-75 dB and bandwidths of 8 kHz or less resulted in a loss of vital information from the acoustic signal. This not only led to poorer sound quality, but also fundamentally limited the benefits that the processor could achieve after receiving the signal from the A/D converter. The more information that can be captured from the acoustic signal, the more intelligent decisions the digital circuit can make relative to processing the signal—and the greater potential for enhancing the signal that is passed onto the wearer. For these reasons, it is vital to maximize the dynamic range and bandwidth of the system. (Author’s Note: For a more detailed discussion of A/D converters, bit resolution and dynamic range, see Csermak & Armstrong.1)

The new Gennum Paragon™ digital platform, which is detailed below, has been designed as a high fidelity digital system. Dual A/D converters are combined with the patent-pending Head-Room Extension Algorithm (HRX™) to yield a 16 kHz bandwidth and 95 dB of full dynamic range hearing instrument (Fig. 1).

Fig. 1. Comparison of the input/output curves of a typical A/D converter to one with HRX.

The Importance of Dynamic Range
Dynamic range is the difference between the quietest signal that can be accurately detected and the loudest sound that can be cleanly handled without saturating the electronics and introducing significant distortion. The noise floor of the system determines the lower limit (i.e., the quietest signal detectable) of a hearing aid. In a digital hearing instrument, this is set by the combined internal noise of the microphone and A/D converter. Since the internal noise of today’s microphones is close to theoretical physical limits, no further significant improvement can be expected in the future. It should therefore be the goal of hearing instrument designers to ensure that the noise floor of the A/D converter does not add to the limitations set by the microphones.

Fig. 2. Noise spectra of a typical microphone and the Paragon™ A/D converter.

Fig. 3. Noise spectra of a typical Class D receiver and the Paragon™ with a 2-terminal zero-biased receiver.

A similar comparison can be made at the output side of the hearing instrument. Fig. 3 shows the noise floor of a typical class D receiver alongside that of the direct-drive output stage of Paragon™ connected to a typical two-terminal, zero-biased receiver. Again, the noise spectrum of the output stage lies beneath that of the receiver, ensuring that the available dynamic range of the transducer is preserved.

The Importance of Bandwidth
The other important factor in determining sound quality is bandwidth.1 One-half of the sampling rate at which the processor operates determines the bandwidth of a digital system. For example, CD players operate at 44.1 kHz and therefore have a bandwidth of 22.05 kHz. Unfortunately, the higher the sampling rate, the greater the power consumption. Many hearing instrument manufacturers have chosen to sacrifice bandwidth to achieve reasonable power consumption figures and extend battery life. The Gennum DSP offers a full 16 kHz bandwidth (32 kHz sampling rate) and is designed to consume a minimum amount of power, due primarily to its efficient dedicated hardware architecture.

Signal Integrity
Once the acoustic signal has been accurately sampled and converted to a digital format, the integrity of the signal needs to be preserved throughout the processing chain. It has been mistakenly reported that, once a signal has been digitized, it is no longer susceptible to distortion. This is untrue. In fact, there are some types of distortion that only exist in digital systems.

One example of this kind of distortion is called aliasing. Non-linearities in any electronics (digital or analog) result in distortion products appearing at harmonics of the fundamental frequencies. In a digital system, however, aliased images of these products can reappear in the audible region, negatively interacting with the true signal and thereby causing distortion.

An example of this phenomenon in the digital world would be what happens when we take an already large signal (represented as a number) and try to amplify it even further. This results is an overflow condition analogous to peak clipping. In order to avoid the annoying distortion, sufficient digital headroom must exist in the compression processing stages to handle the large transients that occur during the attack time of a sudden loud sound.

Distortion can also arise within the processor if there is insufficient dynamic range to handle the numerical data stream. For example, if a 16-bit number is multiplied by another 16-bit number, the result is a 32-bit product. If the processor only contains a 16-bit data path, the least significant 16-bits are discarded, effectively truncating the number and introducing quantization distortion, which has its own peculiar properties.

Paragon maintains a minimum of 20 bits throughout the entire data path. This corresponds to a dynamic range of 120 dB. In addition, no truncation takes place internally within any filter bank. For example, if several operations take place within a single filter, the word length is allowed to grow indefinitely and is only truncated once at the output of the filter to return the word length of the output to 20 bits. By minimizing the amount and frequency of truncation, the system is designed to minimize errors and distortion, preserving the integrity of the signal.

Summary
With technological advances surpassing even the predicted technology roadmap, we can look forward to a continual increase in the processing capacity of digital hearing instruments that reach the market. However, rather than simply adding new features that may have limited benefit to the client, the author believes that the additional technological resources available to DSP designers should be dedicated to offering a system with wider bandwidth and greater dynamic range. Only then will digital hearing instruments consistently rival the sound quality of advanced analog instruments.

By providing both wide bandwidth and wide dynamic range, manufacturers can provide hearing instrument wearers with the high level of sound quality they expected to get from a digital hearing instrument. With this approach, the industry will be in a better position to tackle the greater problem of addressing hearing loss via sophisticated algorithms and advanced processing technology. 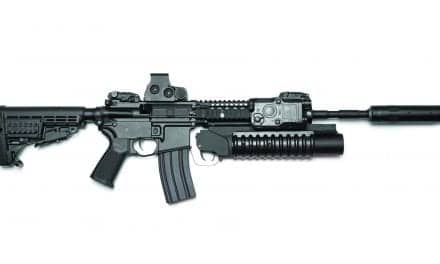