IntriCon Corporation, Arden Hills, Minn, announced its support of legislation to make hearing aids available for those with mild to moderate hearing loss available over the counter. “The Over-the-Counter Hearing Aid Act of 2017” was introduced on March 21, 2017, by US Senators Elizabeth Warren (D-Mass), Chuck Grassley (R-Iowa), Maggie Hassan (D-NH), and Johnny Isakson (R-Ga). A companion bill led by Representatives Joe Kennedy III (D-Mass) and Marsha Blackburn (R-Tenn) was also introduced in the House.

According to the proposed legislation, certain types of hearing aids would become available over the counter to Americans with mild-to-moderate hearing impairment. In addition, it would require the FDA to write regulations ensuring that this new category of over-the-counter (OTC) hearing aids meets the same high standards for safety, consumer labeling, and manufacturing protections as all medical devices, providing consumers the option of an FDA-regulated device at lower cost.

“The Over-the Counter Hearing Aid Act of 2017 has the potential to remove the significant barriers existing today that prevent innovative hearing health solutions,” said Mark Gorder, president and CEO of IntriCon in a news release. “This legislation would invigorate competition, spur innovation, and facilitate the development of an ecosystem of hearing health care that provides affordable and accessible solutions to millions of unserved or underserved Americans. Equally important, it aligns with our efforts to establish a new direct-to-consumer distribution through Hearing Help Express.”

The provisions of the OTC Hearing Aid Act implement major recommendations from the President’s Council of Advisors on Science and Technology and the National Academies of Science, Engineering, and Medicine. The legislation has received endorsements from AARP, the Academy of Doctors of Audiology, the Gerontological Society of America, and the Hearing Loss Association of America.

“We feel this legislation will allow us to create innovative solutions that provide greater hearing device access at a much lower cost for millions of Americans,” said Gorder. 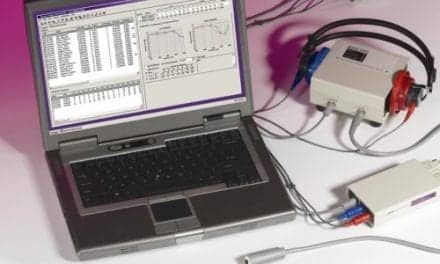