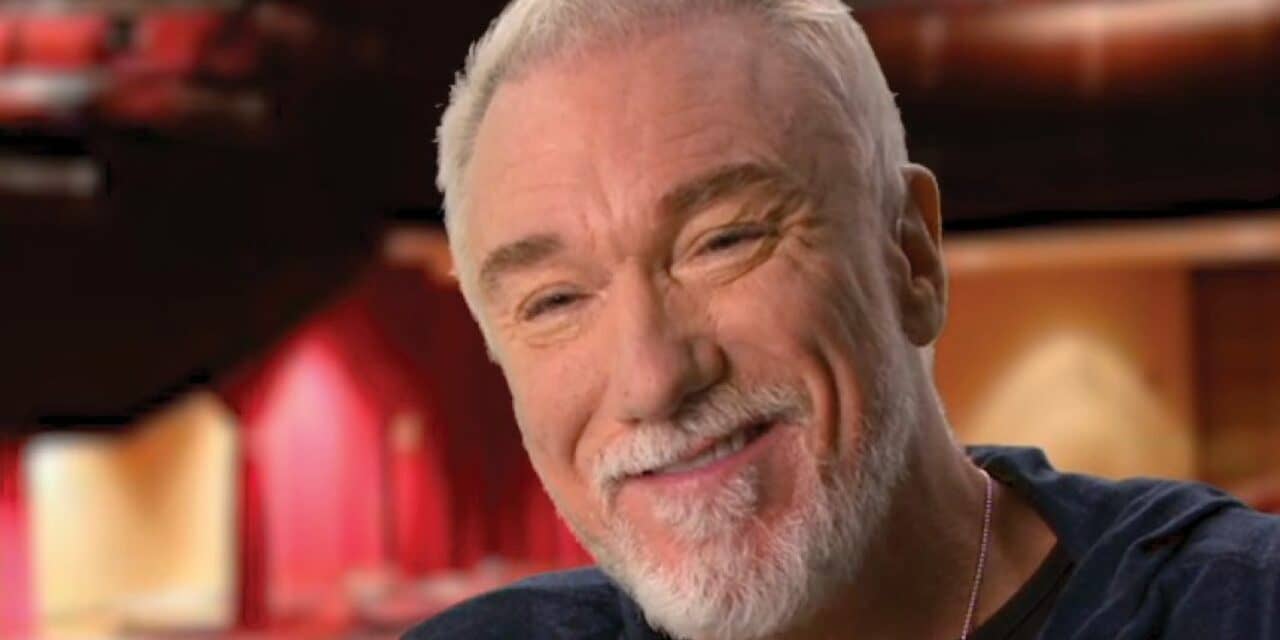 Renowned Broadway actor and Grammy Award-winner Patrick Page knew for years that he was suffering from hearing loss. Still, there he was, prior to his current run in the Tony Award-winning musical Hadestown, taking notes from a director he couldn’t understand.

“This was about four years ago, before I got hearing aids. I had a director whose voice was in a range that was hard for me to hear,” Page recalls. “Usually, I’d sit as close to him as I could without infringing on his space. But during notes sessions, he’d sit on one side of the room and the actors would sit on another and I had to ask a buddy to take down my notes for me. I would nod as if I understood, but then my friend would give me the notes later.”

On stage, he was struggling to find the right pitch for his musical performances. And working in television was even harder.

“If this technology didn’t exist, my career would look different than it does today,” he explains, “It wouldn’t be over; I’d still do audiobooks and other things. But working the way I work now—on stage and on camera—would not be possible if I didn’t have my Widex MOMENT hearing aids.”

To Hear or Not to Hear?

Page wanted to be in theater as soon as he saw his father perform Shakespeare at The Oregon Shakespeare Festival. And for some 35 years, he’s played many a Shakespearean role (think Hamlet, Henry V, Macbeth, Iago, Richard III, Marc Antony, Brutus, and others), led various Shakespeare companies, and received the William Shakespeare Award for Classical Theater. He’s also one of Broadway’s leading men, starring in everything from Hadestown to A Time to Kill, and Lion King to Spider Man, Turn Off the Dark. And his TV credits include Blacklist, Chicago PD, The Good Wife, Law and Order SVU, and many others.

Page grew up in a family that understood hearing challenges. His father was fluent in American Sign Language (ASL), performed in a theater company for the deaf, and sometimes signed for the local news station. Page himself was once invited to serve as one of the hearing actors in the Deaf West Theater production of Spring Awakening on Broadway.

“It was wonderful being embraced by the deaf community,” Page says. “But at the time, I was very much in denial of my own hearing loss.”

Over the years, Page has been outspoken about challenges with depression and anxiety, some of which he traces to his hearing loss, which began to manifest itself more than 20 years ago. He’s an advocate for others dealing with depression and believes better hearing and social interaction are critical.

“Most of the time, my hearing loss didn’t affect me terribly, or so I thought,” he says. “In retrospect, I realize it contributed to my social anxiety. I would be in situations at parties and in groups and I couldn’t follow the conversation or what was happening. So, I would become very anxious, shy, and withdrawn, and I wouldn’t want to be in those situations.”

The most obvious clue his hearing was in decline came when his soon-to-be-wife, the actress Paige Davis, would beckon from the next room to no effect. Then, about a decade ago, Page suspected the unimaginable.

“I thought I was losing my voice,” he says.

Page has a distinguished, resonant voice. “My calling card as an actor,” he describes it. Of course, he wasn’t losing his voice, just his hearing, but the implications for his career were significant.

“The cardinal sin of acting is overacting, and when you can’t hear yourself, you push your voice until you can,” Page says. “But then you no longer come off natural to the audience. It’s a huge thing to be able to modulate your performance based on the immediate feedback you get from your own voice.”

Eventually, something had to change. In 2018, as Hadestown was touring, Page finally visited an audiologist and got fitted for hearing aids.

Widex MOMENT hearing aids not only allow wearers to hear more; they help them hear better, which enables them to communicate more naturally in virtually all situations.

“They’re especially great in public because their ability to screen out background noise is the best I’ve heard,” Page says. “And they sound completely natural.”

Related Article: Sound Quality for All: The Benefits of Ultra-fast Signal Processing in Hearing Aids

Widex MOMENT hearing aids include patented PureSound™ technology to overcome artificial noise that results when direct and amplified sound arrive at the eardrum out of sync. Through PureSound’s ZeroDelay processing, ideal for people with mild to moderate hearing loss, Widex MOMENT hearing aids eliminate distortion and other common artifacts to create a more natural sound.

In restaurants, Page changes the settings on his MOMENT hearing aids to pick up more sound from the person in front of him and minimize ambient noise around him. When driving a car, he easily switches the hearing aids’ directivity to focus on the passenger to his right.

“On the streets of New York, which can get noisy with jackhammers and such, it’s easy to simply turn them down,” he says.

Page uses the MOMENT App to wirelessly pair his hearing aids with his smartphone and take calls. At this stage in his hearing loss, there’s virtually no other way for him to phone friends, family, and colleagues. In fact, he says, he’d be at a loss without his hearing aids.

“I couldn’t do my job if I didn’t have the MOMENT hearing aids,” Page says. “I’m better with my colleagues backstage and on set. I’m better in front of the camera and on stage. And in terms of film or televised work, there would really be no way for me to have a career without my hearing aids.”

As a long-time New Yorker, Page has loved getting reacquainted with his adopted home through better hearing.

“I live right by the park, and before, I didn’t realize there were birds all around all day long,” he says. “For the longest time, I couldn’t hear them. I can now.” 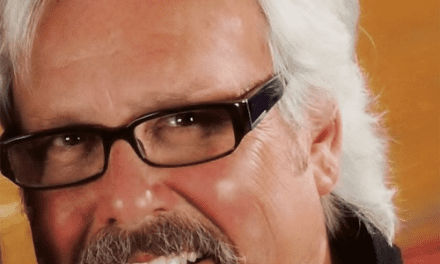 Auditdata Announces Terry Ross as US Director of Sales 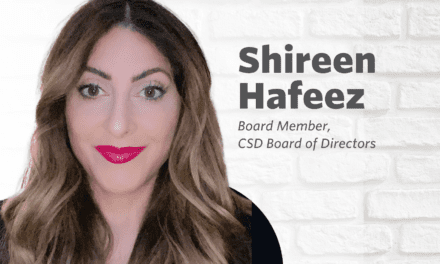 CSD Appoints Shireen Hafeez to Board of Directors