its Wi Series,™ The new enhancements include Voice iQ2, an update to Starkey’s noise reduction and speech preservation system, and Spectral iQ, a frequency audibility technology.

With the new battery size, the Wi RIC 13 reportedly delivers the battery life of a standard 13 product in a case smaller than Starkey’s RIC 312. Features also include a configurable user control for either volume or memory.

Additionally, the RIC 13 includes a telecoil and locking battery door, is DAI capable, and features HydraShield®2, adding advanced oleophobic properties to the HydraShield nanocoating to better protect the RIC 13 hearing aids from earwax and other oily substances.

The new Wi Series devices will also connect with the SurfLink accessories, such as SurfLink Programmer, a wireless programming tool, and SurfLink Media, a media streaming solution that is designed to be a simple, user-friendly, interface between Wi Series hearing aids and modern media devices.

Visit www.starkeypro.com for more details on the RIC and Wi Series enhancements.

Hearing Protection Devices: Do We Choose and Use Them Properly? 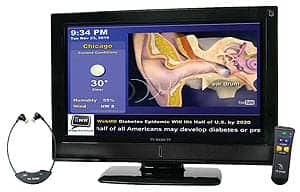