NEW YORK (Reuters Health) – In patients with prodromal symptoms of psychosis, extracting spurious phrases from garbled, incomprehensible voices indicates that they are at risk of developing frank schizophrenia-spectrum disorders, according to results of a multicenter study.

"We subsequently wondered if babble-induced speech illusions might also be a predictor of those high-risk patients who actually go on to develop schizophrenia," he added.

During the "babble task," participants listen with headphones to overlapping recordings of six speakers reading neutral texts, the investigators explain in the October issue of the British Journal of Psychiatry. Patients are instructed to repeat words or phrases they believe they hear while listening to the babble, and the number of words is recorded as the length of speech illusion (LSI) score.

Dr. Hoffman, at Yale University in New Haven, Connecticut, and associates tested their theory in a cohort of subjects with prodromal symptoms. Forty-three subjects were tested in the absence of antipsychotic medication, and a subset of the subjects were also tested during treatment with olanzapine for a year.

Twelve converted to a schizophrenia-spectrum disorder.

Dr. Hoffman was careful to preclude any possible clinical recommendations until after their findings are independently replicated. Still, he said, "a test that was established to be predictive at the high rate we found … could be enormously beneficial."

Data from their preliminary study "suggest that high LSI scores in persons with prodromal symptoms would be an indication to start antipsychotic medication," Dr. Hoffman said. "In contrast, individuals with low LSI scores appear to be at much lower risk," and would not require medication.

Currently, research is dominated by expensive and complex procedures, such as brain scans and neuropsychological testing, he pointed out. "However, I believe that a very careful probing of the positive symptoms of schizophrenia could provide some simple methods for detecting underlying brain changes in their early phase, which could afford a great opportunity to shut down these (psychologically) malignant processes before they take hold."

The ASSR Revisited: A Clinical Comparison of Two Stimuli 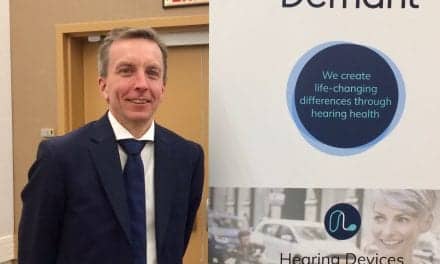 The General at General Hearing