Washington, DC — A new study published in the Department of Veteran Affair’s Journal of Rehabilitation Research & Development indicates that tinnitus is more common for veterans than nonveterans.

According to the study’s abstract, hearing loss and tinnitus are the two most prevalent service-connected disabilities among United States veterans. The number of veterans receiving compensation and services from the Department of Veterans Affairs (VA) for these conditions continues to increase annually.

However, the majority of veterans do not use VA medical centers or clinics for healthcare and do not receive VA compensation payments. Therefore, the prevalence of hearing loss and tinnitus among U.S. veterans is unknown.

The study used National Health and Nutrition Examination Survey data, collected from 1999 to 2006, to estimate the prevalence of these auditory conditions among male veterans.

In general, pure tone thresholds did not differ significantly between veterans and nonveterans for most frequencies tested (500-8,000 Hz). The overall prevalence of tinnitus was greater for veterans than that for nonveterans (p < 0.001), with statistically significant differences in the 50 to 59 and 60 to 69 age groups. 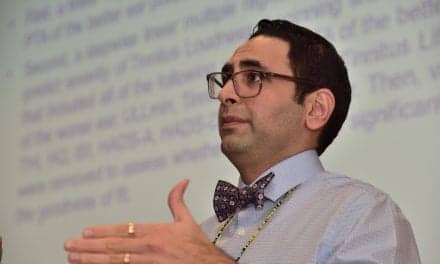