The Korean study, conducted by a team from the Catholic University of Korea in Seoul, showed people stricken with sudden sensorineural hearing loss could regain full hearing with a combination of oral corticosteroid treatment and time.

Roughly 4,000 Americans suffer sensorineural hearing loss, marked by the loss of 30 decibels or more of hearing over a period of several hours to three days. Spontaneous recovery occurring within two weeks is experienced by 30 to 60 percent of patients.

After 10 days of treatment with oral corticosteroids more than 45 percent of  study subjects showed delayed recovery. In the test group, 78 percent experienced full recovery within a month.

The study’s findings, published in the February issue of Otolaryngology-Head and Neck Surgery, showed a smaller degree of hearing loss is associated with an increased likelihood of delayed recovery. In the event a 10-day course of corticosteroid treatment does not stimulate recovery there is still enough time to try alternative treatments, according to researchers.

Undiagnosed Hearing Loss Can Be Stressful During Holiday Gatherings. What Families Can Do to Help 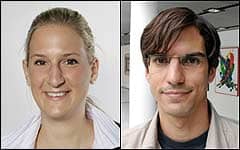