Is There a Link Between Obstructive Sleep Apnea and Sudden Sensorineural Hearing Loss?

Taipei, Taiwan — Researchers in Taiwan have conducted a retrospective study that appears to link having obstructive sleep apnea (OSA) and subsequently being diagnosed with sudden sensorineural hearing loss (SSNHL). The results of the study were reported in the January edition of the Archives of Otolaryngology-Head & Neck Surgery.

Jau-Jiuan Sheu, MD, MPH, and two other researchers utilized a large Taiwan health insurance database. They identified 3192 patients diagnosed with SSNHL for the study group. For the control group, they randomly extracted the data of 15,960 subjects matched by sex, age, and year of first SSNHL diagnosis.

Cases of OSA included were identified by having been diagnosed as OSA prior to the index date of SSNHL diagnosis. Also, conditional logistic regression matched on age group and sex was used to assess the possible association between SSNHL and OSA among the sampled patients.

Of the total 19,152 patients, 1.2% had OSA diagnoses prior to the index date of SSNHL diagnosis; OSA was diagnosed in 1.7% of the SSNHL group, and 1.2% of the controls. After adjusting for sociodemographic characteristics and co-morbid medical disorders, the researchers found that male patients with SSNHL were more likely to have prior OSA than control group participants. However, no such association was found among female patients.

The researchers therefore concluded that male patients with SSNHL had a higher proportion of prior OSA than non-SSNHL-diagnosed controls. However, further study is needed to confirm their conclusions and to discover why there was no apparent link of OSA and SSNHL in females. 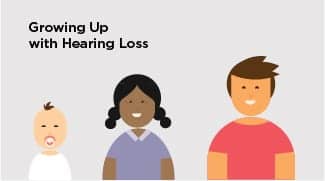