Louisville, Ky —The Heuser Hearing Institute of Louisville is hosting a symposium that will focus on issues related to spatial hearing, April 15-16, 2011, in Louisville.

The conference will be held at the Heuser Hearing Institute’s downtown office, and will feature the latest findings and studies in the field of spatial hearing and hearing loss.

Spatial hearing provides critical information about surroundings, such as determining the location of a sound-producing object, or recognizing/interpreting sounds produced by an object, particularly in the presence of other competing sounds. Although it is clear that hearing loss impairs these abilities, the degree of functional impairment is often not known, and many remediation strategies do not effectively restore these abilities.

“Spatial hearing often takes a back seat to speech understanding,” says Dr Pavel Zahorik, associate professor at the University of Louisville and a principal organizer of the symposium, in the press statement. “We are excited for this symposium, since it will bring increased awareness to the problems associated with poor spatial hearing.”

Guest speakers will include Dr Daniel Ashmead of Vanderbilt University, who has recently focused his research and studies on auditory space perception, with particular interest in the role of spatial hearing in persons with visual impairments. He will focus on how his studies have affected US public policy for designing roadways, intersections, and crosswalks.

Symposium participants can earn 7 CEU credits from ASHA and AAA. More information is available by contacting Lisa Echsner at 502-515-3320 extension 393 or from [email protected] 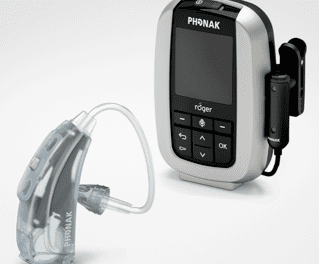