The clinical applications of ECochG, an update on the use of the SP/AP area and amplitude ratios for improving sensitivity of the measurements, and a review of new promising approaches for making ECochG more widely applicable.

Electrocochleography (ECochG) has come to be defined as a technique for recording the stimulus-related potentials of the cochlea and auditory nerve. As shown in Figure 1,1,2 the components of an “electrocochleogram” may include the cochlear microphonic (CM), cochlear summating potential (SP), and auditory nerve action potential (AP), recorded independently or in various combinations.

ECochG began to emerge as a useful clinical tool nearly 40 years following the discovery of the CM in animals by Wever and Bray.3 Although the SP was described in animals in 1950,4,5 it took more than 25 years before this component began to receive any meaningful clinical attention.6,7 The first recordings of human auditory nerve APs are credited to Ruben and colleagues,8 who performed their measurements on patients undergoing otologic surgery.

The technical capability to record cochlear and auditory nerve potentials in humans has led to a variety of clinical applications for ECochG. Of primary importance has been the diagnosis, assessment, and monitoring of Meniere’s disease and/or endolymphatic hydrops (MD/ELH). Additionally, using an electrocochleographic approach to record the ABR has been shown to improve the amplitude and detection of Wave I in difficult-to-test patients (eg, newborns and adults with significant hearing loss). More recently, recording of the CM has proven valuable in the diagnosis of auditory neuropathy spectrum disorder (ANSD). Brief descriptions of the above clinical applications for ECochG are provided below.

Electrocochleography has continued to evolve with regard to clinical techniques and usefulness for several decades and is now well established as part of the clinical armamentarium to help diagnose Meniere’s disease and endolymphatic hydrops.9 An “enlarged” relationship between the amplitudes of the summating potential (SP) and action potential (AP) components has been the primary characteristic of an electrocochleogram positive (or indicative) of MD.10 The specificity of the SP/AP amplitude ratio in identifying MD/ELH has been reported to be 90% or higher,11 while the sensitivity of this measure appears to hover around 60%.12 Therefore, when an enlarged SP/AP ratio is present, the patient is very likely to receive a diagnosis of Meniere’s disease. However, only about 60% of all patients with MD are likely to have an enlarged SP/AP amplitude ratio, thereby limiting the clinical utility of traditional ECochG with regard to the diagnosis of MD.

Recently, measurement of the SP/AP area ratio, along with the amplitude ratio, has been shown to improve the sensitivity of ECochG for these same purposes while maintaining high specificity.13

ECochG and ABR Wave I

ECochG recordings from the ear canal have historically demonstrated usefulness with regard to identifying Wave I of the auditory brainstem response in adults and newborns, thus allowing more precise measurement of the I-III and III-V interwave intervals.14 Gaddam and Ferraro15 compared ear canal recordings with shortened Tip-Trodes© to scalp-based (traditional) electrodes in 45 newborns who had passed their newborn hearing screenings. Tip-Trode recordings of Wave I from the ear canal always presented a larger amplitude than did the traditional mastoid recording location in response to stimuli from 60 to 80 dB nHL. At 40 dB nHL, the difference in the two recording protocols was less dramatic but remained statistically significant, whereas the difference at 20 dB nHL was not significant.

This article was submitted to HR by John A. Ferraro, PhD, chairman and professor of the Hearing and Speech Department at University of Kansas Medical Center, Kansas City; Douglas L. Beck, AuD, director of professional relations at Oticon Inc, Somerset, NJ; and David P. Speidel, MS, director of audiology services at Interacoustics, Eden Prairie, Minn. Correspondence can be addressed to Dr Beck at .

With regard to auditory neuropathy spectrum disorder, the most often cited diagnostic findings include an ABR that is abnormal or absent in the presence of normal otoacoustic emissions (OAEs). However, there are many children with ANSD who do not present with these same diagnostic findings for a variety of reasons.

Indeed, a more robust diagnostic marker (than OAEs) is the presence of the cochlear microphonic with an absent 8th nerve compound action potential (CAP) or an absent ABR. The CM is generated by the outer hair cells (OHC) in the basal turn of the cochlea. In cases of ANSD, CM and OAEs should remain intact since they are both products of normal OHC function. In some cases, CM may be recordable in the absence of OAEs,16 but this condition may be due to the sensitivity of the recording protocol (ie, far-field CM recordings are dominated by the response of basal turn OHCs, which may remain intact in cases of low frequency hearing loss sufficient enough to prevent the recording of OAEs). For example, Starr et al17 evaluated the CM and the SP in 33 patients with ANSD. The puretone average for the group was 57 dBHL. The CM was present in 57 ears, while transient evoked OAEs (TEOAEs) were present in 37 ears.

In general, patients with sensorineural hearing loss greater than 40-50 dBHL in the 1000-4000 Hz range are not good candidates for ECochG.10 With hearing loss of this magnitude, the relationship between the SP and AP is altered,18,19 which could affect amplitude and area values. In addition, the reduction of component amplitudes, which tend to accompany increased hearing loss, makes the SP and AP difficult to identify and separate from each other in extratympanic recordings, including those measured from the TM. Finally, when hearing loss is greater than 60 dBHL above 500 Hz, both components may be unrecordable from the TM or at least so poorly defined as to render ECochG ineffective for diagnosing MD/ELH.

Thus, ECochG is best applied in suspected MD/ELH patients in the earlier stages of the disorder, when hearing (at least in the higher frequencies) may still be normal, or in the mild-to-moderate loss range, and not “after the fact,” when the disease and its accompanying hearing loss have progressed over time.

As indicated earlier, the hallmark of a positive electrocochleogram for MD/ELH is an enlarged SP/AP amplitude ratio. Although the rationale for this finding has yet to be fully explained or verified, it remains well documented in the literature. Also as described above, although an enlarged amplitude ratio is highly specific to MD/ELH, the sensitivity of this measurement in the general Meniere’s population varies considerably. This variation is no doubt due (in part) to the lack of standardization regarding several aspects of performing ECochG, including but not limited to recording approach and parameters (including stimulus type and other features), and measurement protocols.

Various attempts to improve the sensitivity of ECochG in the diagnosis of MD/ELH have been applied in recent years (see Ferraro 201010). One approach that appears to offer considerable promise in achieving this goal involves measurement of the SP/AP area ratio. First described by Ferraro and Tibbils,12 this technique is based on findings by Morrison et al20 and Levine et al.21 In this approach, the electrocochleogram evoked by rarefaction-versus-condensation polarity clicks in MD/ELH patients may result in phase-disparate responses, which, when added together or evoked by alternating polarity clicks, display a duration-widened SP-AP complex. Thus, to capitalize on both amplitude and duration features of the waveform, a special software routine was developed to measure the area of the complex.

Unfortunately, software for measuring SP and AP area values is not yet available on most commercial AEP units. Ferraro’s initial measurements, for example, were made using a special software routine developed for his laboratory and installed in an AEP unit that has since been discontinued by the manufacturer. Recently, however, area software has become commercially available in the Eclipse AEP unit manufactured by Interacoustics. A description of this routine is described below. 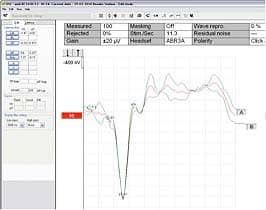 FIGURE 2. ECochG testing. The CM is cancelled out in the averaged (red) response, but if a single polarity stimulus had been used, it may have created a dilemma in assigning an ideal baseline marker.

The Interacoustics Eclipse EP25 is a multi-dimensional hardware and software platform that performs a full array of auditory evoked potentials and otoacoustic emissions. The EP25 protocols include ECochG, ABR, AMLR, ALR, MMN/P300, Electrical ABR, ASSR, DP, and TEOAE. The EP25 also features the reduction of the recording window (also called the “epoch”). Specifically, the epoch is automatically corrected when users select ECochG as the test protocol and the user initiates the desired ECochG marker system.

Much like a visual aid, the desired analysis region is enhanced to aid in the editing of the recording. Additionally, the EP25 data acquisition utilizes a feature whereby the collection of opposite polarity stimuli (condensation/rarefaction) resides in two separate data banks (Banks A & B). The system automatically splits an “alternating” polarity signal into these two banks, making it easy to identify the cochlear microphonic, which is beneficial for establishing a baseline marker.

In Figure 2, it is evident that the CM is cancelled out in the averaged (red) response; however, if a single polarity stimulus had been used, it may have created a dilemma in assigning an ideal baseline marker. ECochG testing becomes a time saver because it eliminates the need to run 3 different recordings to acquire the data. The added bonus is seeing a replication to confirm reproducibility and quality of the recording.

Implementing an Area Ratio calculation into a software application is desirable for ease of use, but does require the clinical expertise of an audiologist to correctly identify the landmarks associated with an ECochG recording. Within the Interacoustics EP25 software, the user has the choice of selecting which measurement calculation is preferred. 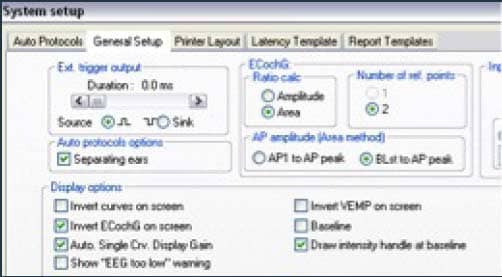 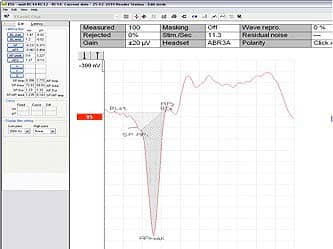 FIGURE 4. A good reference for establishing the baseline point is typically in the 0.5 msec range at or just prior to the start of the SP bump.

In Figure 3, the selection for the ECochG measurement shown is the Area Ratio plus a Baseline (Blst) to AP peak method. Some clinicians prefer to view or display the recording as “inverted.” This simply reverses the direction of recorded waveforms and in this example will only be applied to an ECochG protocol, thereby not affecting other ABR recordings.

As with the more traditional AP/SP amplitude ratio measurement, the audiologist must identify a baseline point that makes sense. Those with experience in such measurements know a good reference point will typically be in the 0.5 msec range and/or just prior to the start of the SP “bump,” as illustrated in Figure 4.

Once the audiologist defines the base “start” point, the software automatically draws a baseline across the latency range of the ECochG recording to denote the baseline “end point.” The SP is marked in its traditional location, while 3 markers (AP1, AP peak, AP2) are used to determine the total AP area ratio.

Once all the markers are in place, the software shades the ECochG region, showing the proportion of the SP area and the AP area. A calculation is derived and shown in the table next to the recording for quick analysis. As shown in Table 1, the area ratio method provides additional data for analysis in comparison to the traditional SP/AP amplitude ratio calculation.

Despite the lack of standardization regarding many aspects related to acquiring and recording ECochG, this tool provides useful information for a variety of clinical applications. In this article, we briefly described three of these applications, with special emphasis on using ECochG recorded from the TM to help diagnose MD/ELH. Recent research has shown that measurement of the SP/AP area ratio along with the amplitude ratio significantly improves the sensitivity of ECochG for this purpose, while maintaining high specificity. The commercial development of a special software routine for measuring the areas and area ratio of the SP/AP complex will make this approach available on a much wider scale. 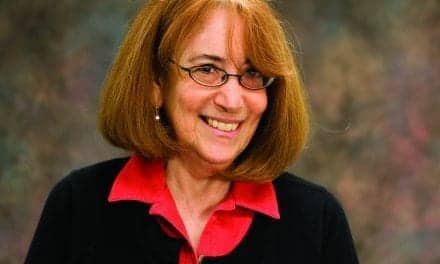 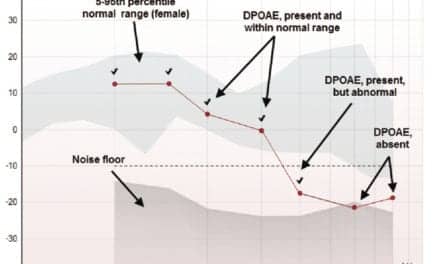 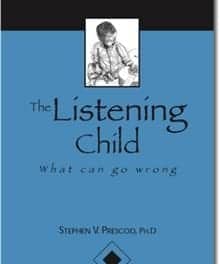