Specialists in HIV and in hearing at the University of Rochester Medical Center, Rochester, NY, are teaming up to measure the hearing of people with AIDS, says a statement released by the facility.

The 5-year study is believed to be the first large study of its kind testing the hearing of people with HIV/AIDS and comparing the results with those from people without HIV, says the statement. The new effort, supported by a $1.9 million grant from the National Institute on Deafness and Other Communication Disorders, is the result of collaboration between hearing experts and experts on HIV and AIDS.

The study is led by Amneris Luque, MD, associate professor of medicine and director of Strong Memorial Hospital’s AIDS Clinic, which provides care for more than 900 patients. The project brings together experts in the nervous system and the immune system, both of which are involved in many types of hearing loss. The first of 360 participants who will take part in the study enrolled last week.

Luque will work closely with hearing researcher Robert Frisina, PhD, professor of otolaryngology, biomedical engineering, and neurobiology and anatomy. Frisina’s team, which is based at the Medical Center as well as the National Technical Institute for the Deaf, is widely regarded as one of the premier groups in the world looking at age-related hearing loss, says the statement.

Luque says that since AIDS was recognized nearly three decades ago, hearing loss among some patients has been reported. However, these reports have been scattered and unconfirmed.

Luque notes that some scientists have found evidence that people with HIV/AIDS may be aging prematurely compared to people without HIV. The team will look closely at whether a similar acceleration of aging may play a role in the hearing of people with HIV.

Causes of hearing loss can include noise exposure, medications used to treat conditions such as cancer or other infections, or heredity, says the statement. Sorting out those causes from other processes unique to people with HIV can be challenging.

“We’re trying to tease out what is happening in people with HIV,” said Luque. “Is there something inherent about the infection that may be involved in hearing loss?”

Participants in the study will undergo periodic, rigorous testing of their hearing. Scientists will study patients at various stages of HIV infection, including some infected people known as “long-term non-progressors” or “elite controllers,” people in whom the infection hasn’t advanced even without medication.

The team will compare the results in HIV/AIDS patients to results in healthy people who have had similar hearing tests conducted at the International Center for Hearing and Speech Research, where Frisina is associate director. That database includes extensive information about the hearing of more than 1,400 healthy people who have had similar testing done. 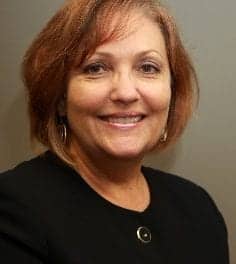