The ability to generate stem cells from one’s own DNA holds great therapeutic promise and the present research could represent a key step, according to the report appearing in the January 17th online issue of the journal Stem Cells. In prior studies, human embryos have been generated using DNA from embryonic stem cells, not from adult cells.

"No other scientific group has documented the cloning of an adult human cell, much less been able to grow it to the blastocyst stage, the stage at which the transferred adult donor cell is driving embryonic development and the stage that yields the cells from which embryonic stem cells are made," lead researcher Dr. Andrew French told Reuters Health.

In the new study, Dr. French, from Stemagen Corp. in La Jolla, California, and colleagues removed the nuclei from donated oocytes. SCNT was then used to insert the DNA from adult male fibroblasts into the oocytes.

Several of the oocytes developed into blastocyst stage embryos. Testing of three of the cloned blastocysts confirmed that they were generated by SCNT with the DNA matching that of the male fibroblast donor.

"Our publication provides a detailed description of what is required to replicate our work, and we believe this information will lead to a burgeoning of research in the area of therapeutic cloning, a technique we are convinced holds the most promise for the timely therapeutic use of patient-specific stem cells," Dr. French said.

As such, they add that "we believe that any future paper related to human SCNT has to investigate beyond the point of obtaining human blastocysts and pursue the derivation of nuclear transfer stem cell lines." 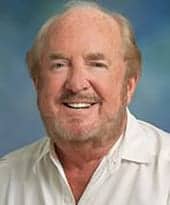