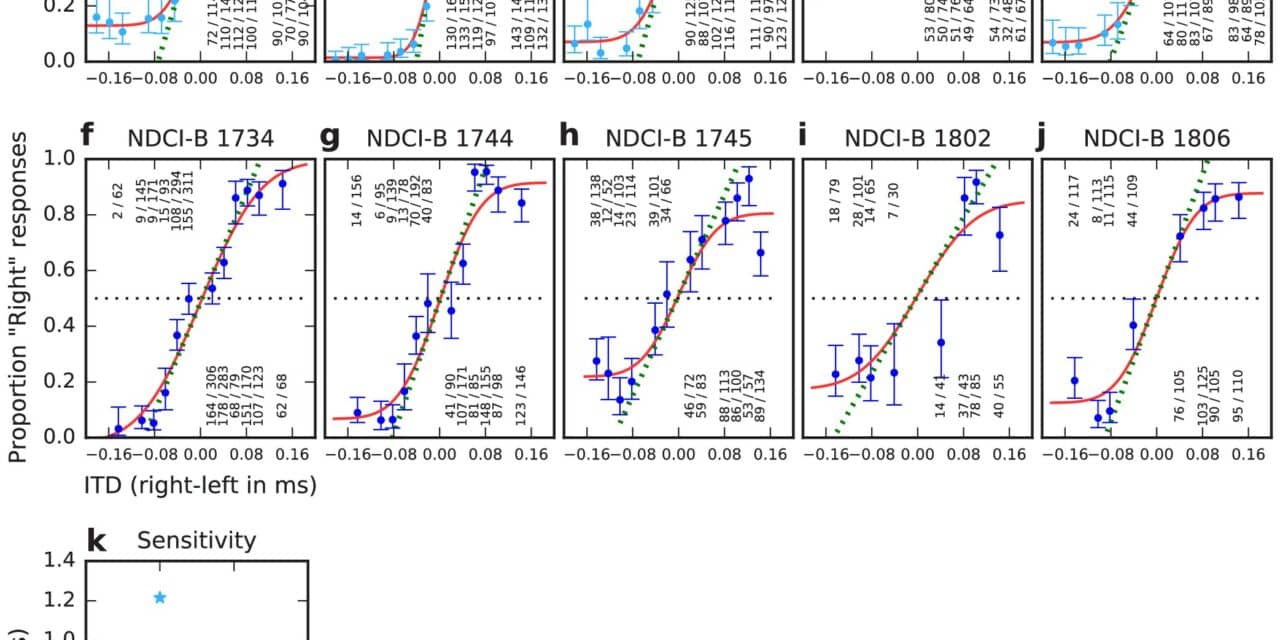 Cochlear implants help deaf patients in hearing, yet the current technology remains far from perfect. A research team led by scientists from City University of Hong Kong (CityU) has shown that neonatally deafened rats could be trained with cochlear implant stimulation to restore the ability to locate the directions of sound origins, according to an article on the University’s website. The finding implies that shortcomings in current cochlear implant technology, rather than the lack of auditory experience in early childhood, may be the reason why cochlear implant patients usually have poor spatial hearing performance.

The research is co-led by Professor Jan Schnupp from CityU’s Department of Neuroscience, and Dr Nicole Rosskothen-Kuhl from the University of Freiburg. Their findings have been published in the journal eLife, titled “Microsecond interaural time difference discrimination restored by cochlear implants after neonatal deafness.”

People with normal hearing ability can not only effortlessly recognize different objects in the environment from the sounds they make but also localize sound, knowing the direction from which a sound is originating. This ability is called spatial hearing.

Thanks to cochlear implants, many such severely deaf patients can recover a sense of hearing and be able to have conversations with others. These bionic devices implanted into the patients’ heads can bypass the damaged inner ear hair cells and directly stimulate the nerve that links the ears to the brain with electrical pulses. “But contemporary cochlear implant technology remains far from perfect,” said Schnupp. “Spatial hearing, in particular, is very poor in cochlear implant users.”

He explained that the human ear uses two mechanisms to gather information of sounds: a “place code” in which different parts of the inner ear differ in the sensitivity to particular sound frequencies, and a “timing code”, where the precise temporal pattern of nerve impulses in the auditory nerve reflect temporal properties of the incoming sounds. The sensitivity of measuring arrival time differences of sounds between the two ears, as precise as 50 microseconds, enable the spatial hearing in human. Yet this ability is often completely absent in cochlear implant users, particularly those who were born deaf and never had any normal auditory experience.

Previously, many scientists assumed that this deficit might be due to a missing input during the early development of childhood. But Schnupp and his team suspected that it is more likely due to technological limitations or inappropriate trade-offs in the current cochlear implant processor design.

“Current cochlear implants try hard to deliver much ‘place information’ by delivering patterns of electrical pulses along the length of the inner ear, but they fail to exploit the remarkable temporal precision that the human ear is capable of,” he explained.

To test this hypothesis, Schnupp, who has decades of experience in conducting physiological and behavioral studies of hearing in animals, teamed up with Rosskothen-Kuhl from the University of Freiburg, and developed a setup to measure rats’ auditory discrimination ability behaviorally under very precisely controlled electrical stimulation.

They raised neonatally deaf rats to adulthood, and then fitted them with binaural cochlear implants and trained them to judge the perceived sound direction of very precisely timed electrical pulses to each ear. Remarkably, these deaf rats were able to learn to discriminate 50-microsecond interaural time differences. Their discrimination ability was no worse than that of normally hearing rats or humans.

Shed Light on the Design of the Cochlear Implant

Schnupp pointed out that it is the first study demonstrating that, at least in rats, severely degraded auditory experience in early development does not inevitably lead to impaired binaural time processing in adulthood. These results imply that with appropriate attention to the coordination of stimuli presented through the two implants, it should be possible for people with implants to learn to localize sounds accurately.

Schnupp believed that the lack of a technological breakthrough in improving cochlear implants to provide the full richness of natural hearing is due to cochlear implant manufacturers having long underestimated how exquisitely sensitive human ears are to the temporal pattern. Their study has proved there is a real chance of substantial benefits with a new design direction, at least in animal models.

He added that this study is only a first step in a long series of studies which they have planned, and the team predicted that the findings will in due course transform the design of cochlear implant processors and provide a much richer auditory experience to users of “bionic ears” to overcome deafness.