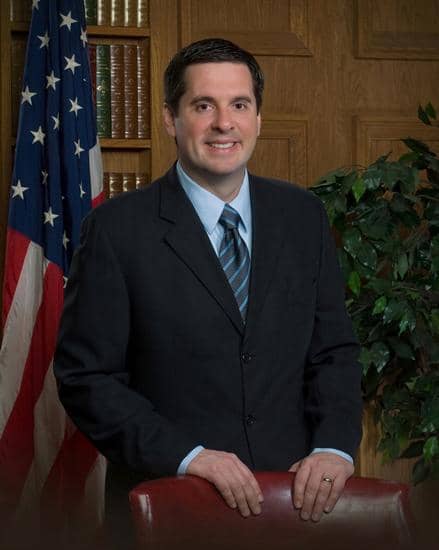 On Thursday, April 16, Representatives Devin Nunes (R-CA) and Mike Thompson (D-CA) reintroduced the bipartisan Hearing Aid Tax Credit (HR1882 or HATC) which would provide a $500 credit to people who need a hearing aid. Representatives Nunes and Thompson are both members of the House Ways and Means (W&M) Committee, which has jurisdiction over all tax legislation including the HATC. A bi-partisan group of 36 Representatives signed on as original co-sponsors of the bill, including 5 members of the W&M Committee.

HR1882 is unchanged from legislation in the 113th Congress that was championed by Reps Tom Latham of Iowa and Carolyn McCarthy of New York, both now retired. The bill also mirrors S315, which Senators Dean Heller (R-NV) and Amy Klobuchar (D-MN) introduced in January. Hearing Industries Assn (HIA) members teamed with members of the Hearing Loss Association of America and the Alexander Graham Bell Association to support HATC reintroduction during Hearing on the Hill in March. Additionally, teams from the American Academy of Audiology (AAA), Academy of Doctors of Audiology (ADA), American Speech Language Hearing Assn (ASHA), and International Hearing Society (IHS) also worked to urge representatives to co-sponsor the bill.

According to the HIA, the Hearing Aid Tax Credit would provide assistance to many of the 36 million people who need hearing aids to address their hearing loss. Medicare expressly excludes coverage of hearing aids as do most private insurance policies, and as a result, cost is cited as a prohibitive factor by two-thirds of the people who do not treat their hearing loss. If enacted, HR1882 would provide a $500 tax credit per hearing aid for people of all ages, or $1,000 if two hearing aids are needed as is usually the case. That would be of critical assistance, since 61% of all hearing aid purchases involve no third-party payment of any kind.

HIA Chairman Scott Davis, who is also president of Siemens Hearing Instruments, notes that “hearing aids can help 95% of people with hearing loss, and multiple recent studies indicate that failure to take action can have significant negative consequences.” He notes that research has established a link between untreated hearing loss and dementia, depression, the risk of falling, and other conditions. He added that “hearing loss is a relatively common condition, and this legislation would have a great impact on the ability of people to access hearing aids when needed…We are thrilled that Representatives Nunes and Thompson are championing this bill.”

Visit www.hearingaidtaxcredit.org for information about the bill and to send a letter to your Representative and Senators urging them to support this legislation.