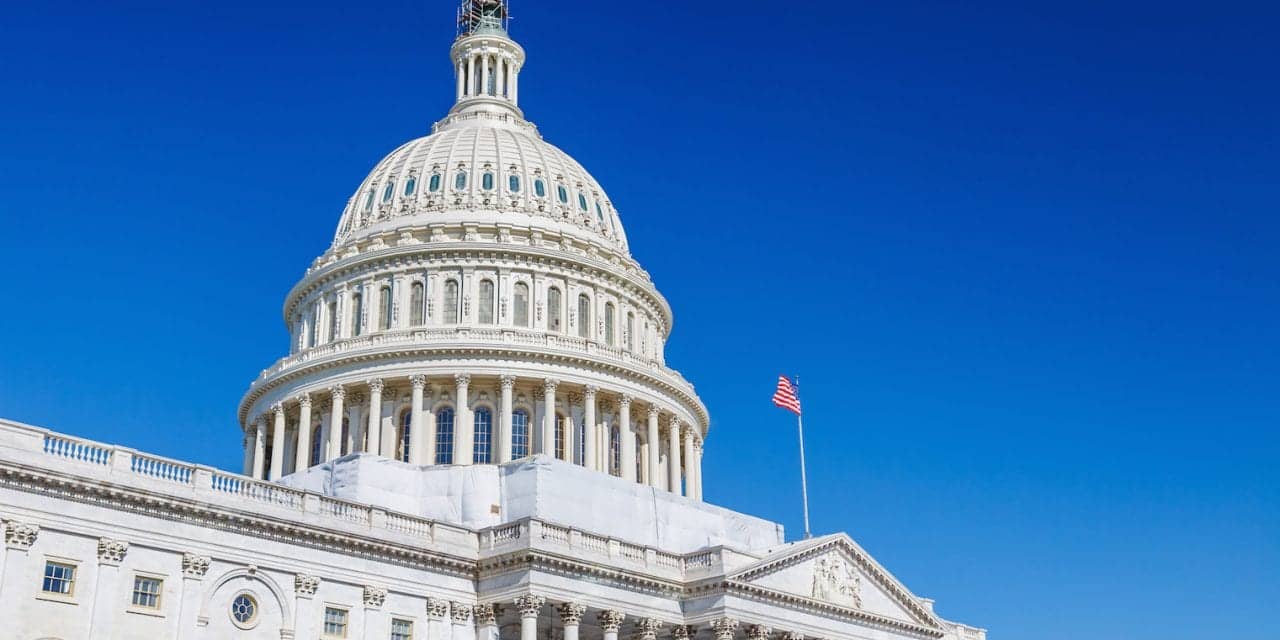 The Over-the-Counter Hearing Aid Act of 2017 implements recommendations from PCAST and the National Academies to help the millions of Americans affected by hearing impairment. The Act reportedly:

The Over-the-Counter Hearing Aid Act of 2017 was introduced Monday,  March 20, by US Senators Elizabeth Warren (D-Mass), Chuck Grassley (R-Iowa), Maggie Hassan (D-NH), and Johnny Isakson (R-Ga). The reintroduced bipartisan legislation is designed to make hearing aids for those with mild-to-moderate hearing loss available over the counter (OTC), and a companion bill led by Representatives Joe Kennedy III (D-Mass) and Marsha Blackburn (R-Tenn) was also introduced in the House.

The bill, which largely mirrors legislation (S9) introduced by Senators Warren and Grassley in late 2016, would require the US Food and Drug Administration (FDA) to propose a rule that would establish an OTC hearing aid category for adults with “perceived” mild-to-moderate hearing loss within 3 years of passage of the legislation, and finalize a rule within 180 days after the close of the comment period. According to its authors, the proposed legislation would also require the FDA to write regulations ensuring that this new category of OTC hearing aids meets the same high standards for safety, consumer labeling and manufacturing protections as all medical devices, providing consumers the option of an FDA-regulated device at lower cost.

According to the Hearing Industries Association (HIA), the bill includes provisions related to the safety and efficacy of OTC hearing aids, output limits, and labeling, as well as a provision that would preempt all state laws that restrict the sale of OTC hearing aids.  It would also require FDA to decide upon and establish the regulatory structure for OTC hearing aids, including whether 510(k) clearance is required before an OTC hearing aid is cleared for sale.  FDA is also directed in the bill to update and finalize its 2013 Personal Sound Amplification Product (PSAP) Guidance to clarify which products on the basis of claims, marketing, labeling or advertising meet the definition of a hearing aid.

Legislators’ comments. “Allowing hearing aids to be sold over the counter will help bring down costs and expand consumer choices so that millions more Americans can find affordable hearing aids,” said Senator Warren in a press statement. “This bill will loosen up outdated regulations and, with the right protections in place, let the market bring great products to Massachusetts residents at far lower costs.”

Senator Grassley reiterated his points about the previous version of the bill, saying there is a need for “basic, safe hearing aids” in the same way there are non-prescription OTC reading glasses.  He says the goal is to make amplification devices more easily available to consumers, and thus increase competition and consumer choice, and lower costs. The other sponsoring legislators commented:

Divergent Opinions with at Least One Point of Agreement

The provisions of the OTC Hearing Aid Act implement major recommendations from the President’s Council of Advisors on Science and Technology (PCAST) and the National Academies of Science, Engineering, and Medicine (NAS). The legislation has received endorsements from AARP, the Gerontological Society of America, and the Hearing Loss Association of America (HLAA), organizations which for the most part took cited the same reasons as the above sponsoring legislators.

Criticisms of the National Academies of Sciences, Engineering and Medicine (NASEM) recommendations to remove existing Food and Drug Administration (FDA) medical clearance requirements and allow for the over-the-counter (OTC) sale of hearing aids to adults ring hollow, particularly given the expanding body of evidence regarding the risks and comorbidities associated with untreated hearing loss—and the vacuum of proof of harm associated with direct-to-consumer hearing aid sales. —Brian Taylor, AuD, and Stephanie Czuhajewski, Hearing Review (Oct 14, 2016)

The Academy of Doctors of Audiology (ADA) have also come out in favor of both the PCAST and NAS recommendations, with some important qualifications.

Other stakeholders, including the Hearing Industries Association (HIA), the American Academy of Audiology (AAA), and International Hearing Society have been critical of at least some elements within the PCAST and NAS recommendations, although a more recent position statement by AAA appeared to strike a more neutral stance.

The American Speech Language Hearing Association (ASHA) has been among the most vocal critics of the bill. In a press statement issued on March 21, ASHA said that it supports greater access to hearing health care services, but believes the bill goes too far in expanding “direct to consumer” hearing aids to individuals with moderate hearing loss:

“We are encouraged by the willingness of the Senators and Representatives to work with ASHA to include measures that will advance safe and effective hearing health for many Americans,” states ASHA. “These measures include specific FDA regulations of OTC hearing aids that: 1) Establish or adopt output limits that are appropriate for the devices; 2) Designate labeling requirements that cover how consumers may report adverse events using the devices, and 3) Specify conditions or contraindications for which use is not advised.

ASHA states that is particularly concerned about the absence of any language specifying that OTC devices are for mild hearing loss only, the need for protections in the bill that ensure that children with hearing issues are not the users of OTCs, and the requirement for the FDA to collect data on adverse events and contraindications.

HIA, the trade organization for the hearing device and equipment manufacturers, reports that it supports efforts to increase the accessibility and affordability of hearing aids.  However, HIA believes that, if an OTC hearing aid category is established, the devices should be of “high quality and offered only to people with mild hearing loss, for whom the benefits of amplification clearly outweigh the risks created by inaccurate self-diagnosis and self-directed treatment.”

In late-June, HIA provided its position on several issues related to hearing healthcare in the United States, stressing both the critical need to appropriately treat hearing loss, and the crucial role of hearing professionals in providing treatment for people with hearing loss that lead to successful outcomes. Citing the testimony of numerous witnesses, HIA emphasized the importance of FDA regulation to ensure hearing aid effectiveness and safety, and to avoid a marketing “race to the bottom” that would accompany deregulation of the hearing aid market.

This last point—although not supported by the Consumer Technology Association (CTA) and several larger telecom and headset manufacturers—appears to be shared by most in the hearing industry, the allied professions, and consumer organizations—and is reflected by the new bills in Congress. During an April 2016 meeting sponsored by FDA, entitled “Streamlining Good Manufacturing Practices [GMPs] for Hearing Aids,” most of these stakeholders supported keeping the current quality system regulations (QSR) that oversee the development and manufacture of Class I and Class II hearing aids. Most hearing aid and hearable manufacturers said that QSRs were neither a significant impediment to technological progress nor added significantly to the cost of the devices. Likewise, the members of the professional and consumer groups maintained that the current system offers at least some reassurance that the products perform as intended, demonstrate the basic safety measures and function expected of a medical/hearing device, and offer an effective system for complaint handling and recalls.

Up Next: The FTC Workshop

On April 18, the Federal Trade Commission (FTC) will host a workshop to examine competition, innovation, and consumer protection issues raised by hearing health and technology, especially hearing aids. The FTC’s workshop, “Now Hear This: Competition, Innovation, and Consumer Protection Issues in Hearing Health Care” will examine ways in which enhanced competition and innovation might increase the availability and adoption of hearing aids by those consumers who need them. The workshop will also examine how to balance consumer health and safety issues with consumer interests in greater competition and innovation and ensure consumers have access to truthful and non-misleading information about hearing health products and services. Topics of discussion at the daylong event will include: 1) Consumer information and search costs; 2) Innovation in hearing technology and treatment; 3) Innovation in hearing healthcare delivery, and 4) Benefits and costs of regulation.

A registration page and more information about the workshop can be found here.