The International Day of Sign Languages to be Held September 23, 2018 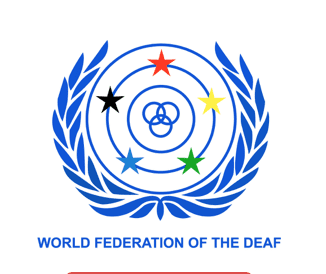 The World Federation of the Deaf (WFD) said that, following the declaration by the United Nations (UN), International Day of Sign Languages (IDSL) will be celebrated annually on September 23 as part of the International Week of the Deaf (IWDeaf), the global organization working to ensure equal rights for those with hearing loss announced on its website. IWDeaf—first launched in Rome in 1958—is celebrated annually the last week in September to commemorate the first World Congress of the WFD.

“With Sign Language, Everyone is Included!” observes the following collective goals of the IDSL and IWDeaf:

The recommended hashtags for both the IDSL and IWDeaf are:

Source: World Federation of the Deaf

Image: World Federation of the Deaf