Working Through The Stigma

Since becoming the editor of a magazine dedicated to hearing health care products, I’ve been told stories by professionals in the industry of how their attempts to get patients to wear hearing aids are met with a simple, but firm, no. I’ve even heard similar stories from friends and coworkers who have begged, pleaded, and even negotiated with their loved ones to wear the devices—usually with the same negative response. More often than not, the reasoning for this response lies with the stigmas often associated with wearing a hearing aid: being viewed as old and infirm.

I experienced this a few weeks ago, when I noticed a friend having difficulty following conversations and communicating on his cell phone, I asked if he’d ever had his hearing checked. He had, and apparently was diagnosed with hearing loss about 10 years ago. Since that time—and as his hearing loss continues to worsen—he has steadfastly refused to wear hearing aids. He prefers instead to compensate for his hearing loss by having the people around him speak up or repeat themselves. His hearing loss also has begun to affect his speech, which now sounds a bit mumbled at times as he cannot clearly hear himself talk.

I was told I needed to wear corrective lenses when I was 18; believe me when I tell you that was traumatic. I told my optometrist that I didn’t want to wear glasses, to which he responded that it was my decision, but he would be forced to take my driver’s license from me if I didn’t. Needless to say, I wear my glasses or contact lenses every day. Without them, I would be missing out on a lot of things in life, walking around in a very blurry daze. No amount of squinting helps.

While the hearing health care industry continues to create cutting-edge components and devices, the field—from the manufacturers to the audiologists to the hearing aid dispensers—also needs to continue and step up its efforts in battling the stigma associated with hearing aids. The continued introduction of smaller devices with a variety of options, further educational campaigns, and even more celebrity endorsements are just some of the weapons to use in the battle.

Everything that can be done must be done to ensure that individuals with hearing loss use the help that is available to them through the various devices on the market and don’t give in to the stigmas associated with wearing hearing aids. The only shame here comes from missing out on the sounds of life. 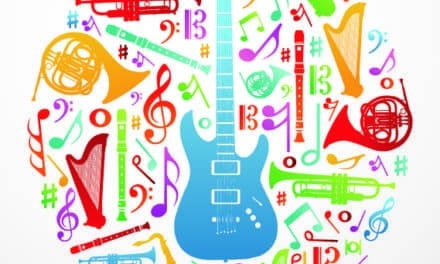