This is Part 3 of a 3-part series titled “The Audiological Connection of Younger Futhark” by Robert Traynor, EdD. All three parts can be found at Dr Traynor’s Blog at: hearinghealthmatters.org/hearinginternational

So far in this story, we have focused upon the Vikings, and the extremely interesting, blueberry/bilberry loving (or rotted toothed) 10th century Danish King Harald Blåtand (aka Harald Bluetooth). We also learned about Younger Futhark, which is not a person but rather the language Harald and other Vikings used to write on the runestones found scattered around Scandinavia.

Robert Traynor, EdD, MBA, is editor of the blog Hearing International, which connects with audiologists around the world to share experiences, technologies, and procedures. Among the topics he’s blogged about are Bach, hearing loss and chiropractic, and Hedy Lamarr. Dr Traynor is CEO at Audiology Associates Inc in Greeley, Colo, and serves as an adjunct professor at the University of Florida, the University of Colorado, and the University of Northern Colorado. He has lectured in over 40 countries and is a prolific writer, whose book Strategic Practice Management is widely used in college programs. Correspondence can be addressed to HR or Dr Traynor at .

An unlikely individual to be involved in this story is the 1940s actress, Hedy Lamarr. According to Platt,1 Lamarr’s greatest long-term contribution to society was not as an actress—but as an inventor. Believe it or not, among Lamarr’s inventions was basic radio frequency technology.

She and the composer George Antheil co-invented and defined the early techniques for spread-spectrum communications and frequency-hopping technologies that have been used in military communication for decades and are now found in today’s most popular wireless Bluetooth devices.

The sinking of a cruise ship in 1940 by Nazi U-boats inspired the Austrian-born actress to action. Martin2 states that, when German submarines began targeting passenger cruise liners, Lamarr felt compelled to do something to help the Allied cause. She zeroed in on torpedoes—powerful weapons that were notoriously hard to control. Rhodes3 says that she thought if they could be radio-guided, they would be more likely to hit their target. He writes, “She understood that the problem with radio signals was that they could be jammed.” But Lamarr reasoned if the signal could hop around more or less randomly from frequency to frequency, the person trying to jam it wouldn’t know where to find it. Hence, says Rhodes, “If they try to jam one particular frequency, it might hit that frequency on one of its hops, but it would only be there for a fraction of a second.” Thus, her “spread-spectrum radio” idea was born.

Lamarr and George Antheil submitted this idea to the National Inventors Council and received a patent for their “Secret Communication System” in 1942. They were anxious to share it with the Navy, but got a lackluster response. Rhodes reports that the Navy basically threw their patent into the file and didn’t consider doing anything with it until the late 1980s. Lamarr’s contribution was therefore “lost in the noise” for decades.

In the 1990s, when Lamarr was in her early 80s, one of the pioneers of wireless communications for computers came across her patent. The patent and the concept behind it were so ingenious that Lamarr was belatedly honored for her invention. Based on her invention, Microsoft, Ericsson, IBM, Intel, Agere, Motorola, Nokia, and Toshiba, plus thousands of associate and adopters member companies, began a special interest group (SIG) in 1998 to develop wireless technology utilizing the radio frequency concept to replace RS 232 connection cables.

The developers of the technology within the SIG first began to use the name “Bluetooth”—a reference to King Harald— as a code while the technology was in the development process. Over time, the name stuck. As discussed earlier, King Bluetooth was very influential in uniting Scandinavia during an era when the region was torn apart by wars and feuding clans. Therefore, the code name seemed fitting for a connective device that brings together disparate products. According to Bluetooth.com,4 the founders of the Bluetooth SIG chose the name because:

Dispensing professionals began to see Bluetooth technology enter our field in 2006 when it was first used in hearing aids. These products now allow patients to connect to their cell phone, television, and other Bluetooth-capable devices. Thanks to the hard work of the Bluetooth SIG, the inventive genius of a glamorous American actress, and the extremely capable engineers designing today’s hearing aids, we now have a connection modality for hearing-impaired people that offers true benefit and increased value to amplification products.

Stay up to date while on the go. Get the latest news on products and trends in the hearing industry. Sign up for your Free Digital Edition subscription @ goo.gl/8m8Nl

It was a Scandinavian firm that originally designed the Bluetooth logo at about the same time the SIG was formally introduced to the public. Keeping to the same origin as the Bluetooth name, the logo combines the runic characters H and B, the initials for Harald Bluetooth. Just as the Bluetooth King united Scandinavia, so does the technology that bears his name unite devices that can be used together. These runic letters are part of the Younger Futhark Viking language, and…thus form the connection of Younger Futhark to Audiology. 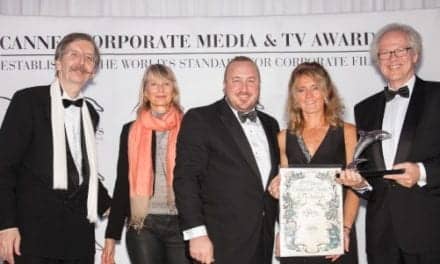 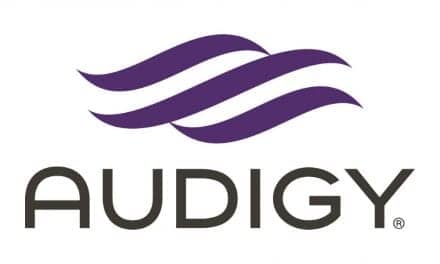 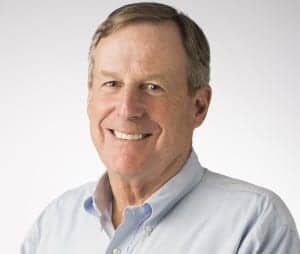