Support for Theory that Blindness May Rapidly Enhance Other Senses

New findings from a Canadian research team investigating the link between blindness and enhanced hearing suggest that not only is there a real connection between vision and other senses, but that the connection is important to better understand the underlying mechanisms that can quickly trigger sensory changes.

The research may demystify the true potential of human adaptation and, ultimately, help develop innovative and effective methods for rehabilitation following sensory loss or injury.

François Champoux, director of the University of Montreal’s Laboratory of Auditory Neuroscience Research, presented his team’s findings at the Acoustics 2012 meeting in Hong Kong.

Studies have shown, in terms of hearing, that blind people are better at localizing sound. One study even suggested that blindness might improve the ability to differentiate between sound frequencies. “The supposed enhanced tactile abilities have been studied at a greater degree and can be seen as early as days or even minutes following blindness,” says Champoux. “This rapid change in auditory ability hasn’t yet been clearly demonstrated.”

Two big questions about blindness and enhanced abilities remain unanswered: Can blindness improve more complex auditory abilities and, if so, can these changes be triggered after only a few minutes of visual deprivation, similar to those seen with tactile abilities?

“When we speak or play a musical instrument, the sounds have specific harmonic relations. In other words, if we play a certain note on a piano, that note has many related ‘layers.’ However, we don’t hear all of these layers because our brain simply associates them all together and we only hear the lowest one,” Champoux explains.

It’s through this complex computation based on specific components of the sound that the brain can interpret and distinguish auditory signals coming from different people or instruments. The ability to identify harmonicity, the harmonic relation between sounds, is one of the most powerful factors involved in interpreting our auditory surroundings.

“Harmonicity can easily be evaluated using a simple task in which similar harmonic layers are set up and one of them is gradually modified until the individual notices two layers instead of one,” says Champoux. “In our study, healthy individuals completed such a task while blindfolded. This task was administered twice, separated by a 90-minute interval during which the participants conversed with the experimenter in a quiet room. Half of the participants kept the blindfold on during the interval period, depriving them of all visual input, while the other half removed their blindfolds.”

They found no significant differences between the two groups in their ability to differentiate harmonicity prior to visual deprivation. However, the results of the testing session following visual deprivation revealed that visually deprived individuals performed significantly better than the group that took their blindfolds off.

“Regardless of the neural basis for such an enhancement, our results suggest that the potential for change in auditory perception is much greater than previously assumed,” Champoux notes.

More about the 163rd ASA meeting can be found here.

Technology for the Wild 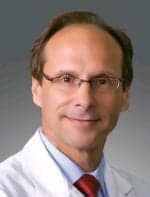