US Troops Likely to Suffer Hearing Loss from Combat

A report on cognitive-communication disorders, swallowing dysfunction, and ear injuries as a result of combat in Iraq and Afghanistan is highlighted in the recent issue of The ASHA Leader, a publication of the American Speech-Language-Hearing Association (ASHA), Rockville, Md.

Blast injuries are the result of a new pattern of missile warfare—the use of improvised explosive devices and rocket-propelled grenades. Explosions from such weapons cause strong air pressure “blasts,” resulting in a constellation of impairments to body organs and systems. Recognizing the specialized treatment needed for blast injuries, the Department of Veterans Affairs (VA) uses a new model of advanced rehabilitation care provided by an interdisciplinary team of specialists at Polytrauma Rehabilitation Centers (PRC) and Polytrauma Network sites.

The AHSA Leader report, written by audiologists and speech-language pathologists who treat soldiers and combat veterans, is a collection of four feature articles.

“These articles provide a comprehensive and compelling accounting of the most common combat injury sustained by our soldiers and the complex, long-term medical management that is required in delivering treatment,” says Alex Johnson, PhD, ASHA president. “Anyone who seeks to understand the impact of blast injuries and the effort required in the recovery process will benefit by reading these articles.”

The report is the latest step ASHA has taken to highlight these important issues. A recent study appearing in the December 2005 issue of ASHA’s American Journal of Audiology reported that US Army soldiers sent to battle zones were 52.5 times more likely to suffer hearing injuries. Audiologists and speech-language pathologists have also been collecting data on the wounded-in-action as well as studying ways to balance treatment for multiple problems and changing priorities. The majority of those with blast injuries require surgeons and orthopedics. However, audiologists in the PRCs indicate the number of soldiers requiring treatment for auditory damage could be higher than reported. These injuries are often considered secondary to wounds requiring surgical attention, and ear and balance deficits can often be overlooked or misdiagnosed. 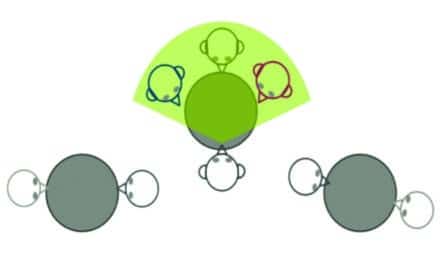