An article written by Harvey Abrams, PhD, director of audiology research at Starkey Laboratories Inc, Eden Prairie, Minn, has been selected to receive The ASHA Leader Outstanding Contribution Award for an article related to audiology. It is titled “Audiologic Management of the Older Patient.”

“I am so pleased to receive this honor,” said Abrams. “My goal was to develop an article that was both interesting and clinically valuable, and comments from the judges suggested that I hit the mark.”

The ASHA Leader, published by the American Speech-Language-Hearing Association (ASHA), developed the award to recognize feature articles and promote reader engagement. Nominees for the award were selected by the publication’s editorial team from articles published in 2009. Five judges with diverse professional backgrounds then rated the articles.

Sycle.net, San Francisco, which specializes in practice management systems, has named Tom Harris as product manager. Harris holds an MBA in global strategic management from Dominican University of California, San Rafael. His professional expertise in marketing and product management has been cultivated in online media.

The company has also hired Julie Insinger as a sales representative. Insinger recently moved to San Francisco from Los Angeles, where she attended the University of Southern California. Her studies focused on political science and business administration. Insinger spent the past year in entertainment law.

Peter C. Fackler of Rochester, NY, was recently named president of the board of trustees of the Hearing Loss Association of America (HLAA), Bethesda, Md, the nation’s largest organization for people with hearing loss.

Prior to his retirement in 2003, Fackler’s career spanned 30 years in higher education. He is a CPA and chartered financial analyst. Fackler has been a member of the Rochester HLAA Chapter since 2004, the same year he received a cochlear implant; he is now a bilateral cochlear implant recipient. 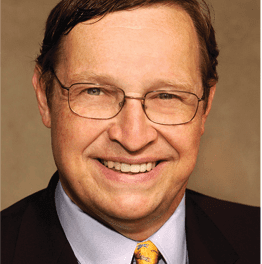