Unitron’s Bruce Brown and Rodney Schutt stand in front of the Quantum display at the AAA convention in Boston.

During the American Academy of Audiology (AAA) convention in Boston this March, HRP sat down with Rodney Schutt, president and CEO of Unitron, and Bruce Brown, vice president of marketing, and talked about the company’s latest offerings, as well as industry trends, company expansion, and its recent merging of Sona into the brand.

HR: Thanks for sitting down with us. So, tell us about what’s been happening at Unitron since last year’s AAA?

Bruce Brown: There’s a lot to tell. In late May of last year, we launched our new sound processing platform called Era. Era provided the foundation for the Moxi and Quantum product lines, which were released at three levels: 6, 12, and 20—all wireless and with TrueFit, our new fitting software. In the fall, we introduced a new micro 312 BTE for the Quantum line and enhanced both the Quantum and Moxi lines with a new feature called Automatic Adaptation Manager.

Now, this year at AAA, we’re introducing Pro, our premium level product for both the Quantum and Moxi product lines. Notably, the Pro line comes with our newly developed feature called SpeechZone.

Rodney Schutt: On the US front, we’ve continued to expand our sales force and inside sales. One of the things that Unitron has always been known for, and continues to strive for, is being the gold standard of customer service and providing amazing customer experience.

HR: Including your Unite Loyalty program, which is pretty comprehensive.

Schutt: Yes, and it’s very popular. For many of our most loyal Unitron customers, it’s definitely a key attraction. When you become a Unite member, it’s more than just affecting your sales volumes; it’s actually our best level of service for our most loyal customers. We help Unite members generate more business, giving them assistance in running their practice, reaching out to partners in the industry, and providing a broad base of support.

HR: You mentioned SpeechZone earlier. Can you tell us a little bit about that?

Schutt: SpeechZone is the marquee feature for the premium products in both the Quantum and Moxi lines. It uses binaural processing, which means that the two hearing instruments are wirelessly communicating with each other in order to find the direction that the speech is coming from. So, our Pro products know if the speech is coming from the listener’s front, the sides, or behind them.

HR: Can you give us an example of how it works?

Schutt: Sure. If I were just having a conversation with a person in front of me, the SpeechZone activates maximum directionality when the hearing instruments determine that speech is coming from the front in a noisy environment. It then alters the directional beamwidth automatically. Additionally, if someone else joins the conversation, the two instruments will again communicate with each other and alter the beamwidth to include that speaker. When we get into a multi-person conversation in noise, like on the AAA floor, SpeechZone would widen the beam, so that you’re included in the “zone,” if you will.

Brown: So, we believe it’s the first speech-in-noise system that uses this type of binaural processing to pinpoint the direction of speech and then alter the directional beam in response to that. The impact of it is really quite dramatic. And it’s all working automatically.

HR: How fast does it switch?

Brown: It’s capable of switching very fast if we wanted it to. But through our validation process, we’ve actually slowed it down, so we don’t get a lot of false-negatives. Otherwise, the effect is that the beam is jumping around. For example, if someone over there says something, it would instantly switch, and we don’t want that. So while the detection actually reacts immediately, there is an automatic lag in the program. We’ve purposely designed it so that it requires the detector to confirm whether the speech is actually present, or whether it isn’t—before altering the zone of the beamwidth. And when it does alter the beam, it’s more gradual so that the transitions are more natural.

HR: Can it sense people talking behind the person?

Schutt: If the speaker is behind the listener, the directional system will just go back into omnidirectional mode, but it’s done gradually.

We’re doing a live demo here at the convention that visually shows what’s happening when SpeechZone is working. We have a hearing aid with SpeechZone set up in a box, and we have speakers around it. We introduce speech from the front, and then noise. And then we insert speech over to the side, and while that’s happening, you’re not only listening to what’s going on inside the hearing aid, but we’ve also connected the automatic program to a visual representation. And you can watch the hearing aid figuring it out. It’s as if the left hearing is saying, “I sense speech from the side.” Then the right hearing instrument senses the same thing—speech from the side—and a confirmation is made between the two aids. Once that happens, the beamwidth is adjusted to best accommodate speech from the side.

It’s a great demo because it gives you visual representation on what’s going on with all of these complex things inside a hearing aid, which for the most part, you just have to trust [relative to hearing aid algorithms and their effectiveness]. Here, you can actually watch it happen. And, if you clap your hands or tap the box, you can watch the hearing aid respond live. It’s not pre-recorded.

Brown: The other thing that’s new is that the Quantum line has been expanded to include our new microCIC. This is smaller than a typical CIC product, but doesn’t require deep insertion or deep impressions. So, it’s just a traditional impression taken at normal depth. To do this, we’ve adopted a couple of new transducers, both microphones and receivers, that are smaller than the previous generations. And, while others in our industry have also moved into this category of small CICs, Unitron is actually using smaller microphones and receivers that weren’t available even a few months ago.

HR: The shell wall is thinner too?

Brown Yes. It’s a special faceplate and a thinner material used to make the shell wall, along with the smaller transducers on the inside. So, that’s an extension from the Quantum line, and it is available at t
he 6, 12, or 20 level.

HR: Do you think we’re going to see a revival in CICs?

Schutt: I think this category and the industry in general are getting much more competitive. One of the main reasons why CICs exist is because some people walk through the door and say, “If I’m going to have a hearing aid, I don’t want anyone to see it.” The further we can put that hearing aid down the canal—and the less visible we can make that faceplate—the closer we can get to fulfilling those consumers’ desires. So, with these new products, I think we’re already seeing a resurgence in the industry with CICs, and I would expect that to continue.

HR: Do you think the new ear canal scanning technologies like Lantos, 3DM, and 3Shape might make it easier or more comfortable for dispensers when taking deeper impressions?

Schutt: Absolutely. We had a small group of dispensing professionals in a room recently, and I asked that same question. We were previewing some future concepts for them that involved deeper canal fittings, and about half of them said they were uncomfortable with having to go that deep in the canal. Then we mentioned the Lantos Technologies solution, and most agreed that this would change things for them. If that technology is successful in the market, I think you’ll see a lot more deep fittings, because it has advantages and people request CICs often.

HR: If you look at CIC sales in the last 4 quarters or so, it’s not dramatic, but it does appear that sales are edging upward.

Schutt: A lot of people thought that CRT was going to completely erode its market share, but CICs sales have kept going and going.

HR: We hear that a lot of people are using CICs as kind of a starter hearing aid, because people are reluctant to purchase a larger aid like a BTE. It would certainly be nice to get more people into the market at a younger age. Is there any empirical data to suggest that CICs increase market share with younger age groups?

Schutt: No, it’s unfortunate that we haven’t seen a surge in CICs or younger users. Things have shifted around in terms of the form factors, but I think all of the manufacturers have the same quest [relative to attracting younger users]. We know that discreetness is a big issue, and if you make smaller and smaller CICs, hopefully it starts to remove one of those barriers to entry that have people waiting 7 to 12 years before they seek amplification.

I’m looking at this hearing aid and it’s pretty hard to deny that it’s really small. It’s virtually invisible. I think there is an opportunity with these new microCIC products to help build consumer awareness. If people with mild-to-moderate hearing loss see hearing aids that are this small, it might help. And we’re in the very early days of starting to build awareness at that level, so who knows? It could nudge things for our industry and get those younger users to try amplification.

HR: Anything happening with regard to wireless at Unitron?

Schutt: When we introduced the ERA platform in May of last year, it included a new wireless platform. So, that infrastructure is the same at 6, 12, 20, and Pro. The one new step that we’ve recently made on wireless is that we have uDirect being detachable as a remote control. So it no longer has to hang around your neck. You can put it in your pocket and use it as a traditional remote control. When you’re ready to use the Bluetooth again, then you reconnect it and wear it as a lanyard. So, it gives people a 2-in-1 solution for connectivity and a sleek little remote control, as well.

HR: Where does Sona fit into Unitron these days?

Schutt: We’ve transferred Sona into Unitron, but we’re still in the relatively early stages of this transition. Over the next 6 months, I think you’ll see some interesting developments, as we have some future technologies that fit very well with the Sona model.

HR: Internationally, what else is going on with Unitron?

Brown: We continue to expand internationally. I was just doing a review of our company for our new CEO Lukas Braunschweiler at Sonova last week, and we were talking about what the company looked like 8 to 9 years ago versus what it looks like today. Eight years ago, Unitron had offices in only three countries. We’ve now just opened an office in our 19th country, South Korea.

In the last 18 months, we’ve also opened new offices in Russia and India. So, the company continues to expand its footprint on a direct basis, and we have an additional 40 countries that distribute our products. It’s a serious commitment for companies when they put down bricks and mortar, get payroll started, etc. Needless to say, we’re very excited about our growth. 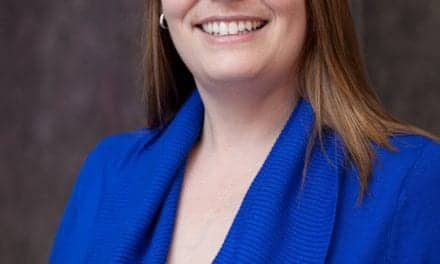