So, you assemble 50 hearing aid users and 50 non-users with hearing loss; you tell them that the base-cost of an advanced hearing aid is $2,100; you demonstrate visually the benefits of feedback elimination, directional microphones, expansion, and noise management features; then you ask them what they would be willing to pay for these additional features. What do you think the results would be? This is a simplified explanation of the study recently conducted by Abrams, Block & Chisolm (see page 16). Their results are intriguing. The researchers found that feedback cancellation was valued the most over the four features mentioned above. Why? Because experienced hearing aid users are well aware of the problem and its annoyance, and inexperienced potential users have seen this annoyance in public places and wish to avoid it. (My grandfather had the great trick of “making his ear whistle,” kind of like Rudolf with his nose; I guess it was less impressive to the adults.) Predictably, directional microphone technology came in next among the four features; the video simulation of this feature showed a person understanding a conversation during a noisy party.

As the authors suggest, the study poses as many interesting questions as it answers. The research shows that different patient groups place different values on different digital features. Therefore, should the hearing industry and hearing care professionals continue to bundle features into the ubiquitous term, “advanced hearing aid” (whatever that might be), and offer these solutions as a silver-bullet package for hearing problems? How valuable are these features in the different product categories (eg, economy, middle, and high-end)? Is there a sliding-scale of value relative to different patient groups, and can the Abrams et al computer simulation technique be used as a marketing tool to determine what other patient groups view as being valuable? Make sure to read this interesting article.

Wireless Binaural Integration Hearing Aids. We hear with our brains, which receive acoustic (neural) data from both of our ears. For the last 2-3 years, HR has been predicting the imminent release of a new class of hearing instruments that would use wireless signals for integrating binaural information cues. In other words, the data from both hearing aids in a binaural fitting would be combined and processed to take full advantage of the subtle acoustic differences between the left and right ears (due to the head-shadow effect, signal source location, etc). At the October UHA Congress in Frankfurt, Germany, Siemens Hearing Instruments released the first of these truly wireless binaural integration hearing aids, the Acuris (see News, page 14). It should be noted that Phonak has introduced the SmartLink and CrosLink systems, and Unitron has introduced the WiFi Mic System, all of which use wireless technology that “beams” or transmits acoustic data in real-time. Likewise, in this month’s “Looking Back, Moving Forward” section, Gennum states that in 2005 the company will introduce a standalone wireless binaural integration product for use with several of their hearing aid platforms. So, there will be more of these types of hearing aids in the near-future, and they may hold great promise for providing improved localization/directionality and speech understanding in noise, as well as (eventually) wireless fitting and wireless streaming audio applications. Our previous prediction was that the industry would see hearing aids beaming signals to a central processing unit—something that resembled a belt-worn pager that might have some other wireless application, like cell phone functionality or even a device containing a detachable microphone/FM unit, etc. Wrong again (so far). But one thing seems clear: wireless technology has been on a long, fortuitous collision course with hearing instrument technology. Our January issue is dedicated, in part, to this topic.

Happy Holidays! With the end of 2004 in sight, the staff of The Hearing Review would like to thank our readers, advertisers, and editorial contributors for a wonderful year, and we look forward again to receiving your valuable input and working with you in 2005. We wish you a safe and joyful holiday season. 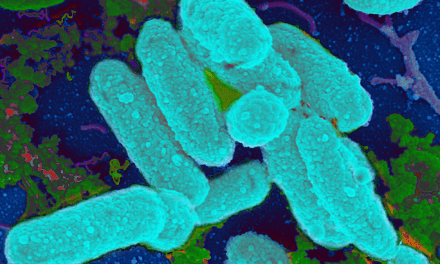