HIA Meets in Tucson for Busy Agenda in 2003
More than 80 hearing industry industry leaders and guests gathered in Tucson, Ariz, in late February for the Hearing Industries Association’s (HIA) annual meeting. Emerging from major restructuring in 2002 to reflect the changes that took place due to industry consolidation, HIA has also been extremely busy in addressing many of the most important issues now facing the hearing care field. “If the past year has been characterized by anything,” noted HIA Executive Director Carole Rogin in her opening presentation, “it’s been characterized by change.” In particular, the meeting recapped the progress made in the organization’s work with eTONA, HIPAA requirements, government relations and legislative activity, work with the allied professional organizations, and generating revised advertising and marketing guidelines.

Advertising Guidelines: This year’s HIA meeting introduced the recently revised “Guidelines for Hearing Aid Manufacturers for Substantiation of Performance Claims” and the related “Code of Principles for the Advertising and Promotion of Hearing Health Products.” As in 1994, each member of HIA signed the Code to signify voluntary compliance. The revised guidelines will be presented to the major dispensing and research organizations during the course of the year.

Lucille Beck, PhD, chief of audiology services for the Dept. of Veterans Affairs, addressed trends being observed by the VA relative to patient demographics, hearing instrument dispensing, and the need for the use of evidence-based criteria in dispensing.

HIPAA: The organization has also made a concerted effort in facilitating HIPAA compliance for dispensing professionals. In March, HIA established its HIPAA HelpDesk (www.hearing.org/hipaa) and offered dispensing professionals a Business Associates Agreement (BAA) form that can be used as an integral component in a HIPAA compliance program (for more information, see the March 2003 HR, p. 14). It is anticipated that the HIPAA HelpDesk will serve as a future clearinghouse for information on HIPAA, particularly as more security requirements related to personal health information (PHI) begin to emerge.

Hearing Aid Compatibility (HAC) and Cell Phone Interference: HIA Director of Government Relations David Woodbury detailed many of the organization’s legislative activities. HIA, along with consumer advocacy groups such as SHHH and AG Bell, have been working closely with the Federal Communications Commission (FCC) on the issue of HAC in cellular telephones. While the RF interference issue has been largely addressed by design modifications, a great need remains for the cellular phone companies to address magnetic interference and radiation issues in order to achieve HAC. The FCC is considering ending the exemption of digital cellular handsets from laws that require compatibility with hearing aids; should the exemption is revoked, digital cellular handset manufacturers will be required to develop products that are hearing aid compatible, allowing hearing aid wearers to be able to use digital cell phones.

Hearing on the Hill: On May 22, HIA will hold a lobbying/educational event called “Hearing on the Hill” in Washington, DC. A very successful event in years past, “Hearing on the Hill” brings the issue of hearing health care to the nation’s legislators by meeting with and helping educate members of Congress and their staffs. This year’s event will feature hearing screenings, visits to Congressional offices by HIA delegates, and technology displays—all intended to reinforce the importance of hearing health care to lawmakers. The event is being sponsored by Congressman Jim Ramstead and Senator Norm Coleman of Minnesota, who have become champions for the cause, as was the late Senator Paul Wellstone.

eTONA: Scott Peterson, director of operations for HIMSA North and South America, and Rob Duchscher , software engineer at Starkey Labs, offered an overview of eTONA (electronic Transfer of NOAH Actions) and provided members with a timeline of its evolution and implementation (for more information, see Peterson’s article in the March HR, p. 38). The new system will allow users of NOAH 3.0 to transmit orders electronically, receive electronic updates as to the status of orders, and assist in many facets of dispensing. HIA Chairman Jerry Ruzicka observed that, “This system is based on contemporary manufacturing business models. We are enthused about our application in the hearing aid industry and confident that eTONA will significantly improve the hearing aid delivery system.” The product will be introduced by the end of 2003, and manufacturer ordering software is expected to be available in early 2004.

BHI Physicians Referral Program: A presentation by Better Hearing Institute (BHI) Executive Director John Olive showed that the Physicians Referral Program, which is a comprehensive system for gaining referrals from local physicians, is making good progress. About 1500 dispensing offices have enrolled in the program with close to 900 having completed the entire course. Olive’s statistics suggest that, for those dispensing offices that complete the entire program and initiate contact with physicians, those offices are dispensing additional 2 hearing aids per week from the new referrals. (For more information on the program, visit www.betterhearing.org and see the article on p. 26 of the Feb. 2002 HR.)

Third-Party Reimbursement: In recent months, four states (CT, HI, IL and NY) have introduced legislation requiring that health insurance and/or managed care polices that are amended after a specific date provide coverage for hearing instruments (see Feb. 2003 HR, p. 56). Currently, none of these states have placed restrictions or limitations on coverage other than exempting certain health care facilities/entities. HIA has produced a white paper on its position relative universal coverage of hearing instruments and hearing care services, and the organization has been working to ensure that any reimbursement system includes appropriate choices relative to product technology and professional services.

VA Update: Lucille Beck, PhD, audiology services director for the Department of Veterans Affairs (VA), provided a perspective on VA dispensing trends and activities which account for 12% of all hearing aids dispensed in the US. Beck says that, in some ways, the demographic changes within the VA anticipate the changes within an “aging America”; 36% of the veteran population is over age 65 compared to 13% of the general population. She points out that hearing loss is among the top-three service-connected disabilities within the VA, and enrollment has gone up precipitously since Congress loosened eligibility requirements in 1996. However, due to the economy and other factors, dispensing activities at the VA levelled off in 2002. Beck also addressed the need for more evidence-based criteria in dispensing, and provided a background on the VA’s advanced electronic medical record-keeping system, which is seen by some to be a bellwether for the evolution of future dispensing software systems (eg, eTONA).

Awards and Honors
At the meeting, HIA presented its second Volunteerism Award, recognizing the work of its Advertising Task Force in revising the industry’s marketing guidelines and code. Receiving the recognition were Victor Bray, PhD, Sonic Innovations; David Fabry, PhD, Phonak, Inc; and Tom Powers, PhD, Siemens Hearing Instruments. “These three audiologists have truly raised the bar for all of our industry’s continued research efforts. They were absolutely unbounded in the time, talent, and expertise that they devoted to this project over the past year. HIA is deeply indebted to these three leaders and to their companies,” said Rogin.

HIA also announced the creation of the Elmer Carlson Industry Achievement Award, in recognition of the late engineers’ impressive body of work within the field (see Feb. 2003 HR, p. 53). Mead Killion, Etymotic Research, was appointed to chair the committee to create the criteria and process for the award, to be presented at the 2004 HIA Annual Meeting which will be held February 26-28 in Las Vegas. 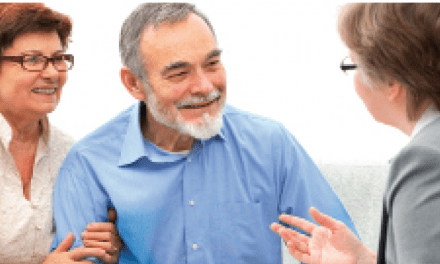 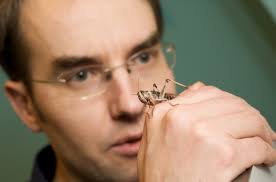 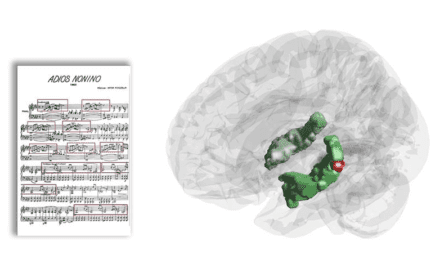