HIA Annual Meeting Continues to Focus on the Future

The annual meeting of members of the Hearing Industries Association (HIA), held in February at the Arizona Biltmore Resort in Phoenix, brought the CEOs of most major hearing instrument manufacturing companies together with leaders of the professional organizations.

Members elected new leaders, with Michael R. Jones of Phonak and Randall Raymond of Rayovac Corp. being re-elected as HIA’s chairman and secretary/treasurer, respectively. Serving on the HIA’s executive committee with Jones and Raymond are immediate past chairman John J. Zei of Knowles Electronics and HIA President Carole M. Rogin.

Aggressive efforts are underway to bring the Association into alignment with changes occurring in the hearing instrument industry. Chairman Michael Jones named a structural review committee to re-engineer HIA for the future—a result of the merger and acquisition activity of the HIA member companies over the past year. Jim Mulford of Phonic Ear was named committee chairman.

“Our companies are now operating in a totally new environment,” noted Jones, “and we need to ensure that our trade association continues to meet our needs. Jim Mulford and his committee have been asked to review all aspects of HIA, from its mission to its meetings, and to make recommendations for change that better meet our members’ expectations for service, benefit and value.” Structural review committee members include Mulford, Paul Erickson, Ian McWalter, Eric Spar, Carsten Trads, Mikael Worning and John Zei. The committee will make its report to the HIA Board of Directors this summer.

The Board of Directors also voted to decrease HIA dues, effective with the first quarter 2001 invoices, reflecting a streamlining of HIA programming and efficiency realized over the past year. In addition, the Board changed the structure of the annual meeting, which will now be held over a Thursday and Friday.

HIA also moved forward with its e-commerce initiative and related efforts that continue to move the industry and the association in the direction of electronic communications. Included in this area will be a closer working relationship with European companies and the dispensing community.

HIA welcomed Anne-Marie Wolters, secretary-general of the European Hearing Instruments Manufacturers Association (EHIMA), who introduced members to the full range of EHIMA programs and initiatives. Wolters then introduced Kim Ruberg, secretary-general of “hear-it” (www.hear-it.org), who showcased the worldwide portal for hearing loss that he has developed.

Presentations were given by leaders of the four major dispensing organizations. Robert Manning, president of the Academy of Dispensing Audiologists (ADA), outlined both the ADA’s Physician’s Initiative and the organization’s goals, drawing on the results of a recent survey of its 1500 members.

David Fabry, president of the 7200-member American Academy of Audiology (AAA), stated that the Academy has as its goal the establishment of 30 AuD programs and a decrease in the number of MA programs to 30, with 10 distance learning programs. He added that the AAA is in the process of hiring a professional lobbyist, and that a new marketing campaign aimed at primary care physicians will be unveiled at the upcoming AAA convention in San Diego, CA.

Scott Austin, president of the International Hearing Society (IHS), announced his group’s further involvement with the Better Hearing Institute (BHI). John Olive, executive director of BHI, will be the keynote speaker at the IHS convention this fall. In addition, HIS is actively developing more programs to recruit additional members to add to its present membership of 3100. Its convention has also been modified in order to better serve its members’ needs.

Representing the American Speech-Language Hearing Association (ASHA) was Vic Gladstone. Gladstone stated that there are 14,000 audiologists in ASHA, and that 70% of its members are currently working in an audiology-related practice/institution. “ASHA is committed to advocacy,” says Gladstone, “and works with the FDA constantly.” He added that the organization has increased its literature and he encouraged the audience to visit the ASHA websites (www.asha.org and www.professional.asha.org).

Dr. Vinton Cerf, senior vice president for Internet Architecture and Technology at WorldCom, and reportedly one of the “fathers” of the Internet, spoke on “The Internet-Enabled Future.” Cerf reflected on the history of the Internet and the changes it has made to our culture. At the present time, Cerf said, there are 365 million people on the Internet. In five years, there will be a billion users, with three billion users by the end of the decade. With regard to speech recognition, Cerf predicted that, in the future, every speech-carrying medium (such as the telephone) will carry commands to a speech “processor” on the Internet.

While the Internet offers many advantages, Cerf predicted there will also be problems, such as privacy issues, problems with trademarks and copyrights, and censorship issues. For “a look at the future,” he recommended his website at www.wcom.com/cerfsup.

Cerf is uniquely qualified to address hearing care professionals on the subject; in addition to his knowledge of the Internet, Cerf has worn hearing instruments since he was 13 years old, describing himself as “hearing repaired.” He met his wife, who received a cochlear implant in 1996, through their mutual hearing instrument specialist.

Larry Spears, acting director of the FDA’s division of compliance in Washington, D.C., reviewed how the FDA evaluates products, and discussed labeling and definitions of products. Labeling must be accurate, he said, with no false claims, and advertisements must also be devoid of false claims. These issues were elaborated on by Mark Heller, HIA Special Regulatory Counsel from the law firm Hale & Dorr, Washington, D.C., who spoke to the group on issues pertaining to labeling, advertising, mail order companies and design controls.

The meeting culminated with the annual golf and tennis tournaments and dinner. 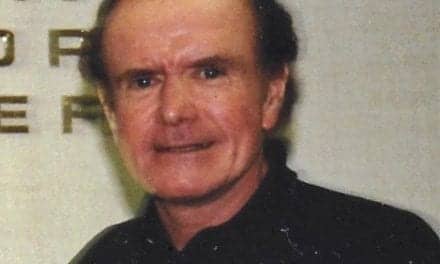 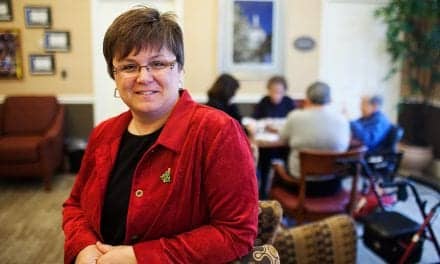 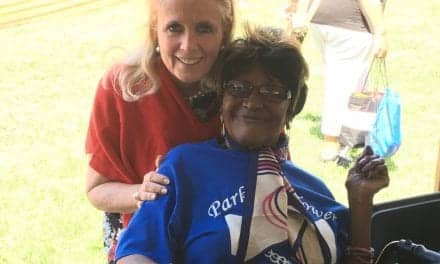