The High School Musical Rockerz Jammin Guitar and the Cheetah Girls In Concert Collection Doll may be what children want most this holiday season, but if parents aren’t careful about how these and other popular toys are used, a season of joy might turn into a lifetime of hearing loss for their children.

In measuring the loudness of many desired toys, University of California, Irvine researchers warn that many emit sounds at decibel levels high enough to cause permanent hearing damage if not used properly. The researchers tested the loudness of popular toys and found that a number of them reach decibel levels of 100 or more, equivalent to the sound of a power saw, subway train or power mower.

This doesn’t make these toys unsafe, they say.

“All the toys we tested are safe when used as they are designed,” said Jeff Carroll, graduate researcher in biomedical engineering who tested 17 toys. “But kids don’t always use toys as they were designed, and some of their sound levels can be dangerous. So it’s advisable for parents to offer greater guidance for their proper and safe use.”

The High School Musical Rockerz Jammin Guitar, which is recommended for children age 3 and up, topped the list at 106 decibels, followed by the Cheetah Girls In Concert Collection Doll (104 decibels), Hannah Montana In Concert Collection Doll (103 decibels), VTech V.Smile Baby (103 decibels), CAT Motorized Dump Truck (102 decibels) and Tickle Me Elmo (100 decibels). Sound levels were measured approximately one inch from the speaker on each device, much closer than they should be used.

According to Occupational Safety and Health Administration (OSHA) and the National Institute of Occupational Safety and Health (NIOSH), prolonged exposure to loud sound can cause permanent hearing damage. For comparison, OSHA notes that it’s safe to listen to a 100 decibel sound for up to two hours a day, while NIOSH recommends less than 10 minutes daily for the same sound.

Because prolonged exposure to high decibel sound is damaging, the researchers say, it’s important to make sure children keep the toy or device at a reasonable distance from their ears. While the toy may emit a 100-plus decibel sound from its speaker, the sound level can drop considerably a few feet away, making the toy safer to use for a longer period of time.

Personal media devices such as iPods and MP3 players also have the potential to inflict lifelong harm. Professor Fan-Gang Zeng, research director in the Department of Otolaryngology, advises parents to help their children understand volume controls on their new devices, because hearing damage is irreversible. A general guideline he suggests: The louder it is, the shorter the time you use it.

“Children are very sensitive to toys and other devices that emit loud and high pitch sounds or that rely on earphones. The hearing loss from noise damage is permanent and currently is not curable,” adds Dr. Hamid Djalilian, an assistant professor of otolaryngology who treats and studies hearing disorders.

The study was a joint venture between the Center for Hearing Research and the Lions Club at UC Irvine. 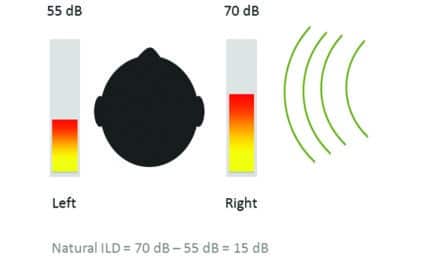