Profoundly deaf since the age of 12, Evelyn Glennie has carved out an international career as a solo percussionist, the only full-time one in the world. For her, deafness is virtually irrelevant and not hampered her musical career. The Scottish-born Glennie has released 13 solo CDs. Her the latest effort is UFO: Music of Michael Dougherty. Glennie has worked with musicians in all musical genres from classical to jazz to Japanese taiko, since first playing professionally in 1985. Many of her performances have been firsts, such as the first percussion concerto, the first time an orchestra accompanied a solo percussionist, or the first solo percussion performance at a festival or venue. In concert, Glennie uses as many as 60 percussion instruments. She is in concert an average of 110 times a year, and has performed in 40 countries. Glennie has commissioned more than 100 percussion compositions—on average, more per year than any other classical performer. Her stage presence has been described in the press as “thrilling” and “hyperkinetic.” The New York Times has praised her musicianship, calling it “extraordinary.” Among her awards and honors are a Grammy, the designation of “Scotswoman of the Decade,” International Classical Music Personality of the Year—beating Luciano Pavarotti, among others, for the honor—and the Order of the British Empire. She has written several books including her autobiography, Good Vibrations (1991).

Glennie is shown in a montage, performing with the North Texas Wind Symphony.

HPR: You consider hearing a specialized form of touch. In that context, could you describe how you experience music? How has this influenced the way you play and the types of compositions you perform?

Evelyn Glennie: We all—unless you are paralyzed or dead—experience sound throughout our entire body. One has to waken up the body in order to realize that it is a resonating chamber and that we hear by using all our senses and even something deeper than that, which I cannot really put into words. Relying on only our senses does not allow full participation in or experience of sound. Sound is very much something to be felt with the heart and to be experienced in an emotionally charged way. Also, there is a difference between participating in music making and being a passive “listener.” My hearing has not influenced the type of music I play. At the end of the day, I am a sound creator and therefore I am interested in delving into as many different sound worlds as possible. If I relied on “hearing” only, then I may well pick and choose or be influenced in some way as to the pieces I play. But by opening every channel of your existence, then there are no boundaries.

HPR: Did this motivate your choice of percussion as an instrument?

Glennie: Not at all. I was simply curious [about] percussion when I saw it being played in the school orchestra. I was intrigued and asked to have lessons. The chemistry was good between myself and my instruments. It had nothing to do with my hearing.

HPR: Percussion is not generally thought of as being the subject of music—particularly in the West—why and how did you push the envelope to get it center stage?

Glennie: I love to perform and so it was natural for me to do just that, irrespective of my musical “tools.” Also, being brought up in a fairly remote part of Scotland meant that I was not exposed to concerts, recordings, or other professional players, therefore I assumed the world was full of other solo percussionists. Only later, when I reached my late teens, I came to realize that this was not the case and that, indeed, I would be the first to create the career of a solo percussionist. I felt I needed the emotional charge to really perform and control my own concerts, which I felt I could not do in the same way as an orchestral player.

HPR: What inspired you to become a musician? Do you have an artistic nature or were you pushed in that direction by a teacher, friend, or relative? How has your hearing loss helped and hindered your music?

Glennie: Nothing really inspired me to become a musician other than listening to my own thoughts and feelings. I had an excellent teacher through the school system, a wonderful music department at school, supportive—nonmusical—parents. However, music was one of many things I enjoyed at school, so there was no pressure to be “great” or a “star” or suchlike! My hearing has definitely helped me to become an individual musician. I do not rely on recordings to experience other interpretations of pieces.

I am not influenced by outside sounds in any great way so I rely on my intuitiveness to carry me through, which gives my performances a sense of danger. Everything I do is entirely “Evelyn.” I have developed ways [of] holding my sticks and mallets to strike the instruments in order to feel more vibrations through the shafts of the sticks. My sense of touch is heightened as everything is exaggerated in my mind as to the type of sounds I imagine, therefore I exaggerate the physical means of producing that sound. My dynamic levels are totally extreme.

HPR: As a musician, what is your proudest accomplishment?

Glennie: Sustaining a career as a solo percussionist. This means that any person now can confidently go into this profession knowing they can spend their life exploring this avenue of music making. I’m interested in long-term aims and this aim is an important one for me.

HPR: You are involved in a wide variety of causes including several deaf organizations. What role do you see as having in the hearing-impaired community—advocate, activist, role model, or all three?

Glennie: I don’t really know, actually. I simply see myself as a human being wanting to communicate with all sorts of people, deaf or otherwise, for which my music making is the main tool I can use. I want to inspire as many people as possible to feel as though they too can participate in creating sound. This is why percussion is so good. It is a very social family of instruments for which class barriers are practically nonexistent. You can play a drum with a little 5 year old or a 95 year old and still get immense fun and satisfaction. The medical [benefit] of playing a drum, for example, is a huge topic at the moment. It involves using your whole body, coordination, relaxation, balance, you can get into a trance or be totally exhilarated, you can play alone or with others. My dream would be for every household to have a drum of some sort in the same way families are rapidly owning computers.

HPR: What treatments did you undergo to try to correct your hearing loss?

Glennie: Other than going through many medical tests by two experts from Glasgow University who were “using”—in a positive sense—me for their experiments and of course trying to help me…nothing. I had many tests by [these] two doctors over a period of several years. I wore hearing aids as a child/student and used a phonic ear in class. Other than that, nothing. I would not want my hearing to be tampered with now as I have developed so many ways [of] dealing with how I experience sound. I feel I listen better, hear better, communicate better than I ever used to. Also, I’m much older now and major changes would have to be considered very carefully. However, I definitely believe that should an individual want to proceed with a form of treatment then that is great. Each individual has to weigh up their own situation.

HPR: Is your hearing aided in any way? If so, what kind of instrument do you wear, and what challenges have you found using it?

Glennie: I don’t wear aids of any sort now. I think my aids were very primitive when I was a child. They boosted the sound, but gave no clarity. This is a real drawback when dealing with musical sounds for which the frequencies are so varied. So, I prefer at the moment not to use anything.

HPR: Have any audiologists had an impact on your life? If so, how (positive, negative, etc.)? What do you think of the audiology profession?

Glennie: I went through extensive tests during most of my teenage years at Glasgow University by two leading audiologists. I cannot say they impacted my life a great deal for I didn’t really “enjoy” the tests. It was a matter of course and one endured them in order for the doctors to do their research. I’m sure in the long run it was highly positive for them but not hugely stimulating for me as it meant missing days from school which I was never too happy about believe it or not!

I have not been involved in the audiology profession for a number of years, therefore I am probably quite out of date with the various tests and approaches. I can say that I found the whole affair helpful and disturbing in that the result of one test can allow a doctor to say to an individual that they can or cannot do something because “technically” they have a particular degree of hearing loss. The human body, mind and soul does not adhere to tests like this but is so much more elastic. One cannot categorize what a human being can do in the long run through certain tests. My tests and the outcome of them meant that one of the doctors stated that I would have to go to a school for the deaf and that I would no longer be able to play music. Those statements were made as soon as the results of the tests came through. It was absurd that on my arrival I could do the things I could do but yet on my departure apparently I was no longer able to do them! Fortunately this gave me the determination to carry on what I was doing and listen to myself and do what felt right for me. In a way, I had better hearing than the doctor for I knew how to listen.

HPR: You’ve written that most people think you’re completely deaf, which is not the case. Do you find that one of the most frustrating things about hearing loss is this lack of understanding on the part of the public and medical community? What can audiologists and hearing professionals do to help the public and medical community understand the continuum and complexity of hearing loss?

Glennie: The problem comes from the media such as newspaper writers, TV personalities, etc, [who] want to give the public a quick “story” that has been slightly sensationalized. I give many face-to-face interviews for which I stress the differences in hearing loss but yet the articles may still say “completely” deaf. Often the editors change things and sometimes the interviewers themselves decide to alter things. It is very frustrating and not at all fair [to] the public. [What would help are] web sites, more awareness about deafness and deaf people and people who require the support of an aid but who do not see themselves as deaf. Wouldn’t it be strange if we saw all people who are wearing glasses as blind? Teachers/children at school should be addressing all the senses in a serious way. [Schools should also provide] more extensive education on the functioning of the entire human body. This would allow far greater understanding and patience when encountering the wonderful kaleidoscope of people. 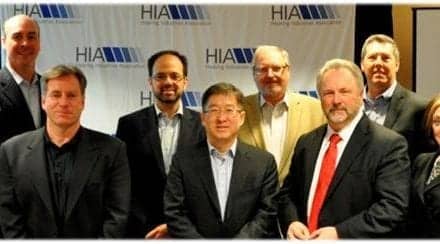 International Conference on Cell Replacement in the Inner Ear 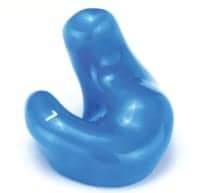