You might be interested to know that a small riot broke out over the headline for this month’s edition, which includes the latest MarkeTrak VIII information generated by Sergei Kochkin, PhD, and the Better Hearing Institute. The data represents one of the most comprehensive analyses of demographics and trends related to hearing-impaired consumers and hearing aid purchases yet published. So, my first impulse was to grab readers’ attention with a splashy cover headline that proclaimed “A Fast-Moving Market!”

The unfortunate problem with this—as several of my relied-upon advisers (including Dr Kochkin himself) pointed out—is that it’s not exactly true. My contention was that things are changing: a hearing aid market penetration rate of 25% (increased from 20%) and an additional 7 million people with significant hearing loss compared to 1997. Their more measured view is that many of the key demographics, such as percentage of first-time hearing aid users, average age at purchase, modal lifestyle of purchasers, etc, have not changed much at all. After I finally agreed to modify the cover line, the discussion degenerated into a free-for-all of suggestions for the cover (most bent on mocking me and my cherished train metaphor). Here are about a dozen of them:

You get the idea. However, underlying the humorous intent of these mock headlines is an exercise in venting—a release of pent-up frustration at seeing little movement in key variables after what can only be described as huge improvements in our industry’s products, technology, dispenser education, and professionalism, not to mention elbow grease. When I entered this industry 15 years ago, a tiny alteration in a faceplate or battery compartment door was hailed as an exceptional product enhancement; this issue of HR alone includes articles about wireless hearing aid capabilities and bandwidths out to 10,000 Hz! So why shouldn’t there be frustration? All of us—particularly dispensing professionals—have a lot of skin in this game.

In my view, there are a number of probable culprits that continue to reduce the overall population of hearing aid users. According to MarkeTrak VIII, the average out-of-pocket cost of hearing aids has increased by 75% since 1997. Although third-party involvement in the purchase of hearing aids increased (to 30% of purchases when excluding the VA), the vast majority of people pay full price for them using their discretionary spending dollars. In spite of all the cosmetic and multiutility enhancements made to hearing devices, hearing speech in a multitude of noisy/adverse environments remains a technological challenge and a purchase obstacle, particularly for younger, more active users. The hearing-impaired population, as measured by MarkeTrak, has grown at 160% of the US population since 1991, while the number of dispensing professionals and offices, according to HR data, has stayed relatively static. Additionally, we need to do a better (or more consistent) job of addressing the patient journey and optimally amplifying patients’ residual hearing, as pointed out in the recent Consumer Reports article.

Yet, the biggest problem remains the marginalization of hearing loss (ie, acceptance that presbycusis is “just a part of getting old”) and the public’s lack of recognition that hearing health impacts general health, earnings, and overall quality of life. As Dr Kochkin points out in his article, “Early education to achieve recognition and positive perception change of non-adopters on the value of hearing health remain priorities for the foreseeable future”. Several excellent initiatives are under way to get this message to the public. Until we succeed in imparting it to everyone—including Baby Boomers and physicians—we may continue to find ourselves on a much slower train than we’d all hoped for. 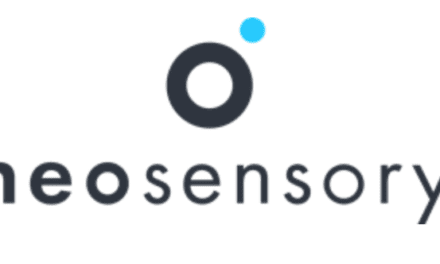