WASHINGTON (Reuters) – More than one-third of the U.S. population under the age of 65 went without health insurance for all or part of the last two years, a consumer group said on Thursday.

Families USA broke down that figure and calculated that 89.6 million people under age 65 — 34.7 percent — went without health insurance at some point during 2006-2007. It used a projection for the remaining months of this year.

After age 65, Americans become eligible for Medicare, the state-federal health insurance plan for the elderly.

"The huge number of people without health coverage over the past two years helps to explain why health care has become the top domestic issue in the 2008 presidential campaign," Ron Pollack, executive director of Families USA, said in a statement.

"The expansion of health coverage in America is no longer simply a matter of altruism about other people but a matter of intense self-interest."

In the United states, an employer generally supplies health insurance. But rising costs mean fewer employers are offering this benefit.

Budget crunches mean states have tightened eligibility for programs such as Medicaid, the public insurance plan for the poor and disabled, and for programs covering children.

Surveys also suggest that many of those going without insurance are middle-class and employed.

Texas had the most people without insurance — 45.7 percent of the non-elderly population.

The report found that more than 79 percent of those without insurance were in families in which at least one person had a job, 70.6 percent were themselves employed full-time, and 8.7 percent were employed part-time.

"The number of uninsured has reached crisis proportions that must be addressed by the President and Congress to ensure that health coverage is available and affordable for all," Pollack said.

Health insurance is a major topic of the 2008 presidential election campaign, with virtually every candidate offering a plan. Various nonprofits, big employers, unions and other groups are also proposing plans to cover more people. 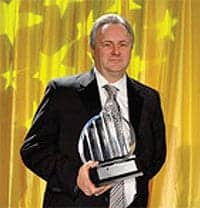