The American Consumer Electronics Association (CEA), producer of the 2008 International Consumer Electronics Show (CES), announced that Oticon Epoq has been selected as an International CES Best of Innovations 2008 Design and Engineering Award honoree. Oticon reports that Epoq’s advanced technology wireless connectivity earned one of the highest scores in the healthcare category from an international panel of independent industry designers, engineers and members of the trade press.

Gary Shapiro, CEO and president of the Consumer Electronics Association, praised the 2008 honorees for their pioneering technology “that is fueling the advancement of the consumer technology industry.”

In 2007, Oticon earned highest honors in the personal electronics category for the company’s Oticon Delta hearing instrument. “This is the second year that the Consumer Electronics Association’s awards program has ranked Oticon’s expertise in design and engineering among the world’s best in the highly competitive arena of consumer electronics,“  stated Peer Lauritsen, President of Oticon, Inc. "We are honored that the Innovation Awards judges have chosen to recognize Epoq’s cutting edge technology that for the first time enables people with hearing loss to not only better localize sounds but also delivers a richer, more dimensionalized sound quality.  It affirms our belief that Epoq is truly a modern communications device."

Oticon Epoq is engineered to enable two Epoq hearing instruments to work together to process sound, similar to the way the brain receives input from two ears to deliver the best sound picture. This real-time wireless connectivity with voices and other sounds in the immediate listening environment provides accurate, three-dimensional auditory information that enhances users’ awareness of where sounds are coming from. This spatial awareness, Oticon states, is essential to better hearing in all environments, but especially in those with surrounding conversations going on, such as in crowds or restaurants.

A news release from Oticon stated that Epoq’s wireless connectivity also enables people with hearing loss, for the first time, to connect to the world of electronically transmitted sounds from Bluetooth-enabled cell phones and other popular electronic devices such as MP3 players and computers. With the addition of Epoq’s companion device–called a Streamer–Epoq functions as a hands-free intelligent headset without attaching devices or wires to the hearing instrument.

New! HR BlogPage: Why I Blog 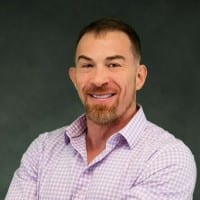 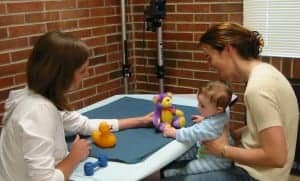