Katrina is far too pretty a name for a hurricane. It sounds almost dainty. But there was nothing dainty about the devastation that Hurricane Katrina inflicted on parts of Louisiana, Mississippi, and Alabama in late August. Along with the terrible loss of lives and destruction to property, a number of hearing care offices and clinics—along with universities like Tulane, Loyola, Xavier, and Dillard—were impacted by the storm and forced to close, at least for awhile. The good news is that, despite the delays and ensuing chaos that followed in the wake of the disaster, people are now picking up, rebuilding, and trying to get on with their lives. The hearing industry, professional and consumer organizations, and individual practitioners have moved quickly to respond to the needs of the victims who have hearing impairment, and are also trying to help those dispensing professionals and students who were impacted by the disaster—one that has spurred the largest relocation of US citizens since the Dust Bowl and the Great Depression. Millions of dollars have been donated and earmarked for this recovery effort, and a lot of people have lent their noble work to this cause. For a look at just a few hearing-related activities in support of the hurricane survivors, see the article on p 14.

n Hearing loss: the $100 billion bully. This month’s feature article analyzes new information generated by the Better Hearing Institute (BHI) about the impact of hearing loss on household income. The main finding—namely, that a person with untreated hearing loss earns, on average, up to $12,000 per year less than someone with treated hearing loss (depending on the degree of hearing loss)—probably shouldn’t come as a surprise. After all, hearing loss impacts the communication skills of workers and their ability to relate to co-workers, supervisors, and customers in just about any vocation and job setting. However, what is surprising is that all degrees of hearing loss—ranging from profound all the way down to mild—were found to impact household income. Intuitively, one would think that mild hearing deficits would have little or no impact on job performance and overall income. Yet, even in the mild-to-moderate hearing loss subjects, a clear pattern of income difference (eg, $1,700-6,100 per year) between the treated and untreated groups was noted. When viewing these findings and comparing them to the National Council on the Aging (NCOA) study, one can see that hearing loss negatively impacts society on levels that are not self-evident, and it greatly affects not only older people, but younger people as well. The NCOA study—a survey of 2,069 hearing-impaired individuals and 1,710 of their family members—showed that hearing instrument users are more likely to experience improvements in their physical, emotional, mental, and social well-being than hearing-impaired non-users. The new BHI information points to a possible loss in annual wages exceeding $100 billion for the hearing-impaired population which, at a 15% tax level, would mean lost annual revenues for the government of $18 billion. In light of this information, the need for Congress to pass the Hearing Aid Assistance Tax Credit Act (HR 414 and S1060) becomes even more urgent. Further, it becomes clear that, not only should this Act be passed, but someday it might be modified to include younger people (between the ages of 18 and 55)—who have the most to lose in terms of lifetime income—so they can gain easier access to hearing health care and hearing aids.

n Evidence-based protocols. The movement toward evidence-based protocols is gaining steam. In the last year, the Jackson Hole Rendezvous, as well as a special session at the American Academy of Audiology (AAA), focused on the need for evidence-based audiology and a “Best Practices” protocol. In November, the American Speech Language Hearing Association (ASHA) will hold its annual convention in San Diego, and this year’s “Audiology at ASHA” program has the theme “Using Evidence to Support Clinical Practice” (see p 72). It seems only logical that evidence-based protocols would have a great positive influence on the dispensing field. As Sergei Kochkin notes in this month’s HR (p 24): “[We need to] study the wide variety of dispensing professionals and their practices…and get their protocols into some form of a behavioral inventory. Then, across these professionals and practices, what would emerge is a “Suggested Protocol” that is highly correlated to positive patient and practice outcomes.” Similarly, Brian Taylor noted in a recent HR article (“Why Quality Matters”, August 2005) that culture, process, and outcome measurements are at the heart of any quality system. Why should hearing health care practices be any different? We need to develop “Best Practices” guidelines. 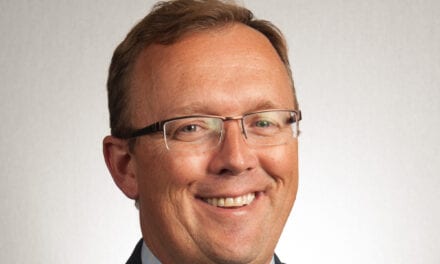