Earlier this year, the Department of Veterans Affairs announced its increased efforts to fight the primary disability that troops face as they return home: hearing damage. One recent report estimated that as many 28% of post-deployment troops are currently living with hearing-related injuries.

A major cause of combat-related hearing damage comes from the extreme decibel levels associated with gunfire and explosive devices. Unprotected exposure to sounds above 85 decibels for a prolonged period of time will damage the nerves in the ear. The approximate decibel level of a gunshot is 170 decibels. The damage caused by noise, called sensorineural hearing loss or nerve deafness, can be permanent and may then require medical care.

Another problem that noise-induced hearing damage produces is tinnitus. Tinnitus is a condition in which a patient experiences ringing or other internal head noises that are not produced by an external source. This disorder can occur in one or both ears, range in pitch from a low roar to a high squeal, and may be continuous or sporadic.

Hearing loss and hearing impairment can have a major impact on a person’s quality of life. May is Better Hearing and Speech Month, dedicated to educating the public about the importance of maintaining these two critical forms of human communication. Otolaryngologists are the only physicians medically trained to treat issues related to hearing health.

The AAO-HNS applauds the efforts of the military to provide troops with better and easier-to-use hearing protection, engaging in educational outreach to troops about protecting their hearing, and establishing hearing conservation test sites in combat areas. The AAO-HNS encourages continued focus on this significant medical issue.

About the AAO-HNS
The American Academy of Otolaryngology – Head and Neck Surgery, one of the oldest medical associations in the nation, represents more than 11,000 physicians and allied health professionals who specialize in the diagnosis and treatment of disorders of the ears, nose, throat, and related structures of the head and neck. The Academy serves its members by facilitating the advancement of the science and art of medicine related to otolaryngology and by representing the specialty in governmental and socioeconomic issues. The organization’s mission: "Working for the Best Ear, Nose, and Throat Care."

Source: American Academy of Otolaryngology – Head and Neck Surgery; This post modified from  a report found on www.medicalnewstoday.com.

Compounds Have Potential for Diagnosis, Treatment of Alzheimer's Disease 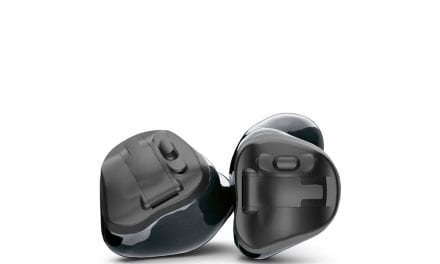