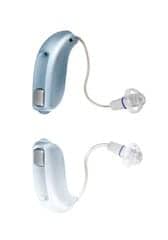 Otovation, King of Prussia, Pa, introduces the OTOPod M2 diagnostic audiometer and hearing instrument programmer. Similar in form to the company’s patented OTOPod M1 audiometer, the M2 adds capabilities to program a variety of Widex hearing aids. According to Otovation, support for the M2 has been added to Widex’s upcoming Compass 5.0 software, which is used in conjunction with Otovation’s Symphony NOAH Module software to provide a complete diagnostic testing and instrument fitting system with the uniquely portable M2 device.

Hearing Technologies International Inc, Pinellas Park, Fla, offers its new Universal Sanitizer Dryer, to sanitize and remove harmful moisture from hearing aids. With US and international patents pending, its drying compartment can accommodate all types of hearing instruments, including body-worn, implants, microphones, headpieces, and speech processors, and operates anywhere in the world with a plug change. Weighing less than two pounds, the unit has a drying cycle of about 8 hours. Then a fan circulates warm air through the drying compartment for the remainder of the cycle.

Envoy Medical Corp, St Paul, Minn, has just been granted FDA approval to offer Esteem, a prosthetic hearing restoration device, in the United States. The device, based on pacemaker technology, is implanted under the skin behind the ear. Two leads extend into the middle ear from the device. Sound waves travel into the ear canal and set the ear drum into motion, causing the bones of the middle ear to vibrate. The device senses these movements and delivers a customized dose of energy to the cochlea, which transmits the signals to the brain.

Observation Policy Is Appropriate For Most Children With Middle Ear Infection 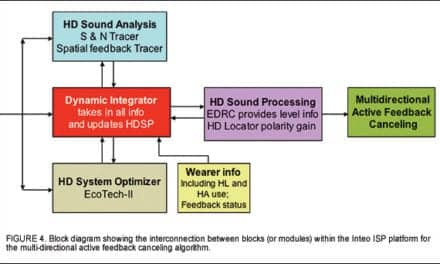