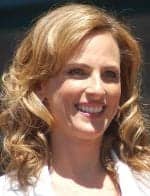 “I’m responding to my fans and followers who have been asking me to help people learn the basics of American Sign Language, the third-most-used language in the United States,” said Matlin in the press statement. “There are 35 million people in the United States who are deaf or hard of hearing, millions of which sign and have family and friends who would like to learn to sign. Nothing is more important to me than helping others communicate without barriers.”

The mobile app, entitled Marlee Signs, is currently in production and set to debut in the spring of 2012. It will feature Matlin teaching lessons across a variety of language libraries, allowing users to learn ASL for practical applications, such as communicating at the office, parent-child communications, and shopping at the mall.

Matlin is also said to be reaching out to her celebrity friends to guest teach in a “Celebrity Lesson Pack.”

“This is a very exciting time in the mobile space,” said Dave Swartz, co-founder and chief creative officer at MEDL Mobile. “Apps are now a creative medium for visionaries like Ms Matlin. We are thrilled to be an integral part of the partnership bringing Marlee Signs to life.”

Scientists at the Bernstein Center and the Ludwig-Maximilians University (LMU) in Munich, Germany, have developed a mathematical model that accurately mimics how the brain can compare stored and perceived sounds in a particularly efficient manner.

People are adept at recognizing sensations, such as sounds or smells, even when many stimuli appear simultaneously. But how the association works between the current event and memory is still poorly understood.

The so-called “cocktail party problem” has kept scientists busy for decades. How is it possible for the brain to filter familiar voices out of background noise? It is a long-standing hypothesis that we create a kind of sound library in the auditory cortex of the brain during the course of our lives. Now, the Munich researchers have created a new model for how the brain processes sounds.

In the old model, an archivist (possibly the thalamus of the brain) compares the incoming sound with the individual entries in the library and receives the degree of matching for each entry. Usually, however, several entries fit similarly well, so the archivist does not know which result is actually the right one.

In the new model theorized by Professor Christian Leibold and Dr Gonzalo Otazu, the archivist compares the sound with the library entries, as before. However, this time the archivist gets back only a few really relevant records and information about how much the archived and heard elements differ. Therefore, only in the case of unknown or little matching inputs are large amounts of data sent back.

“Perhaps this is also one reason why we can ignore known sounds better than new ones,” speculates Leibold, head of the study. During a test, the model was easily able to detect the sound of a violin and a grasshopper at the same time from 400 sounds with an overlapping frequency spectrum. Furthermore, computational and memory requirements were significantly smaller than in comparable models. For the first time, a library-based model allows a highly efficient real-time implementation, which is a prerequisite for an implementation in brain circuits.

Experiments long ago showed that a lot of information is sent from the cerebrum to the thalamus, so far without a universally accepted explanation. The new model predicts exactly this flow of information.

“We quickly knew that our model works. But why and how, we had to find out laboriously,” Leibold said in the press release.

Abstract mathematical models of neurobiological processes have the advantage that all contributing factors are known. Thus, one can show whether the model works well in a broad, biologically relevant application-spectrum, as in this case. The researchers now want to incorporate their findings into other models that are more biologically detail-oriented, then eventually test their model in psychoacoustic experiments.

The Deafness Research Foundation, New York City, has changed its name to the Hearing Health Foundation. Clifford P. Tallman Jr, Hearing Health Foundation’s Board Chair, explained that the name change was due to “deafness” being an outdated term. The 53-year-old organization also announced that it was launching the Hearing Restoration Project, an alliance of scientists working to find a cure for hearing loss. Their goal is to raise $50 million to continue research to find a way to trigger hair cell regrowth within humans. 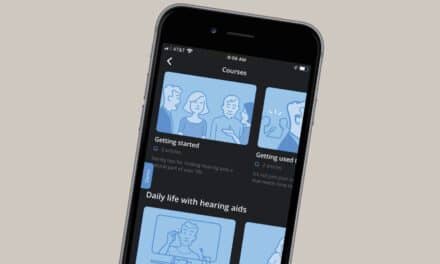