Obesity May Be Linked to Otitis Media in Children

Childhood obesity may be associated with a condition known as otitis media with effusion, which consists of fluid buildup in the middle ear space without symptoms of acute ear infection, according to a report in the April issue of Archives of Otolaryngology–Head & Neck Surgery, one of the JAMA/Archives journals.

Jong Bin Kim, MD, Kyung Hee University, Seoul, Korea, and colleagues studied 155 children ages 2 to 7 (85 boys and 70 girls) who were treated with ear ventilation tubes for otitis media with effusion (OME) between 2004 and 2006. The children’s body mass index (BMI), total cholesterol, and triglyceride levels were compared with those of 118 children (76 boys and 42 girls) who underwent operations for conditions unrelated to ear diseases and who had never had this type of ear condition.

Research Roundup updates HR readers on some of the lastest research and clinical findings related to hearing health care. Where appropriate, sources and original citations are provided, and readers are encouraged to refer to the primary literature for more detailed information. Additionally, related articles can be found and keywords can be searched in the HR Online Archives.

The average BMI in the group of children with OME was higher than in the control group (22 versus 16.3), as was the average total cholesterol level (195 mg per dL versus 159.3 mg per dL). Triglyceride levels did not differ significantly between the two groups.

The researchers also divided the group of children with OME into two groups, obese and nonobese, and compared their treatment paths. The analysis was performed defining obesity by BMI and by triglyceride and total cholesterol levels, although standards for obesity using blood cholesterol levels have not been definitively established. “For both triglycerides and total cholesterol, we defined obesity as values not within the normal range for age and sex,” say the authors. “Using serum triglyceride concentration as the standard, we found that 34.7% of children who underwent ventilating tube insertion were obese, whereas with serum total cholesterol concentration as the standard, only 19.2% were obese.”

The frequency of ventilating tube insertion in the experimental group was not related to obesity, whether measured by BMI or triglyceride or total cholesterol concentration. The authors conclude: “In comparing children with and without otitis media with effusion, we found that childhood obesity was significantly higher in children with otitis media with effusion.” Source: American Academy for Advancement of Science.

Novel forms of synaptic plasticity occur at the very first step in the processing of sound in the central nervous system, according to Athanasios Tzounopoulos, an associate professor of cell biology and anatomy at the Chicago Medical School (CMS) of the Rosalind Franklin University of Medicine and Science (RFUMS). The research appears in the April 20 edition of Neuron, one of two leading journals in neuroscience.

“The ability to observe synaptic plasticity and uncover its cellular mechanisms at such an early, relatively unprocessed stage allows us to study the role of these mechanisms in sensory processing,” Tzounopoulos says. “Our findings also show that the brain is able to change itself as a result of previous experience at places where processing is much simpler and better understood. This new capability could have a significant impact on our understanding and cures for disorders caused by neural plasticity-like mechanisms.”

These findings may be relevant for understanding the mechanisms of human tinnitus. It is estimated that more than 50 million Americans experience tinnitus to some degree. Of these, about 12 million have tinnitus severe enough to seek medical attention. Many learn to ignore the sounds and experience no major effects. However, about 2 million patients are so seriously debilitated that they cannot function normally, finding it difficult to hear, work, or sleep. Though research is providing more evidence for the causes and treatments of tinnitus, there is no real understanding of the biological bases of tinnitus, nor are there any treatments that help most sufferers. Recent studies point to the central nervous system as the site for the maintenance of tinnitus. Moreover, animal models of tinnitus indicate a role for the dorsal cochlear nucleus (DCN, an auditory brainstem nucleus), the brain area where Tzounopoulos performed his studies.

Research by Bill Noble, a professor of psychology at the University of New England, New South Wales, Australia, contradicts a recent study suggesting that the added benefit from a binaural cochlear implant does not justify the expense of the second implant, according to the University of New England News and Events Web page. Noble is analyzing data collected from more than 180 patients—including about 40 with binaural implants—in the Cochlear Implant Program at the University of Iowa, one of the largest subjective assessments of cochlear implants yet conducted. The patients in the program started “self-rating” their experience with the implants 5 years earlier.

“A recent British study concluded that the added benefit from a second implant did not justify the additional expense,” Noble says on the Web site. “After analyzing the Iowa data, I would not go along with that.” He says that the data suggests a second implant can increase confidence (reducing anxiety), make it easier to understand speech in noise, and enhance localization and natural sounds—similar to the benefits received from binaural hearing aids.

“While the added improvement from a second implant is not dramatic,” says Noble, “our data show that it can enhance the patient’s quality of life even further by reducing the effort required for listening in more demanding circumstances…These findings could contribute to the formation of future public policies on the treatment of severe hearing loss,” he concludes. Source: University of New England (New South Wales, Australia) News and Events Web page. Original article found at: www.une.edu.au/news/archives/000733.html.

“It is quite possible that transient exposure to intense sound might induce long-term changes in the balance of excitation and inhibition in the DCN, through the mechanisms described in our recent findings,” Tzounopoulos says. “Our studies, by providing a detailed understanding on how this plasticity is induced, expressed, and modulated at the cellular level, may ultimately lead to treatments for tinnitus.”

According to these recent findings, newly formed hypotheses suggest that concerted operation of different forms of synaptic plasticity gate sensory activation of the DCN and can lead to activity-dependent modulation of timing precision. Timing is an important feature in the brain and especially in the auditory system. Many neurons in the auditory system are known for their ability to fire action potentials that occur in a precise temporal relationship to the stimulus (phase locking). Activity-dependent modulation of spike timing precision through these mechanisms is a new concept that may allow sensory systems to adapt to different patterns of sensory activity and to properly integrate and encode varying sensory stimuli.

Recent studies have shown that more robust and faithful brainstem timing encoding is observed in trained individuals (musicians) compared to untrained individuals (nonmusicians). While these types of learning phenomena have been attributed to cortical plasticity until now, the new study suggests that the brainstem itself has the mechanisms and the capability to support such learning.

Hearing loss puts farmers at higher risk for suffering injuries at work, according to a new University of Iowa study that was released at the National Hearing Conservation Association’s 32nd annual conference in February. A team led by Nancy Sprince, PhD, of the University of Iowa College of Public Health had farmers perform self-assessments of their hearing to determine if there is a correlation between hearing loss in farmers and occupational injuries. The study’s participants were drawn from the larger Agricultural Health Study that included 30,000 Iowa farmers. Of those, 7,000 were randomly selected to participate, and after a screening, 431 were chosen for the case group, and 473 for the control group. The case group was made up of farmers who said they had been injured on the job in the past year, and the control group said they had not.

Farmers have been shown to be at a higher risk for hearing loss than other American workers. The loud conditions on farms created by tractors, combines, grain dryers, and other things create a hazardous work environment that can lead to noise-induced hearing loss. Compounding the problem is that hearing protection is not always worn. Hearing aids help restore some of the farmers’ auditory abilities, but the best situation is for them to retain as much of their natural hearing ability as possible.

Sprince will advocate the prevention of agricultural injuries by controlling the noise exposure that leads to hearing loss. This includes more widespread and appropriate use of hearing protection. 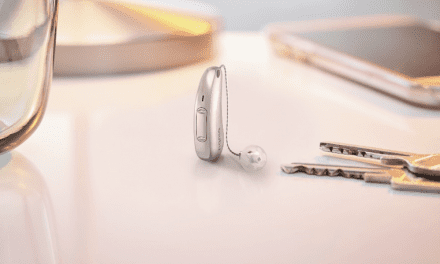 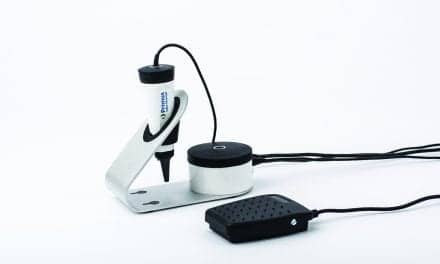 Data Mining in the Era of Disruptive Technology